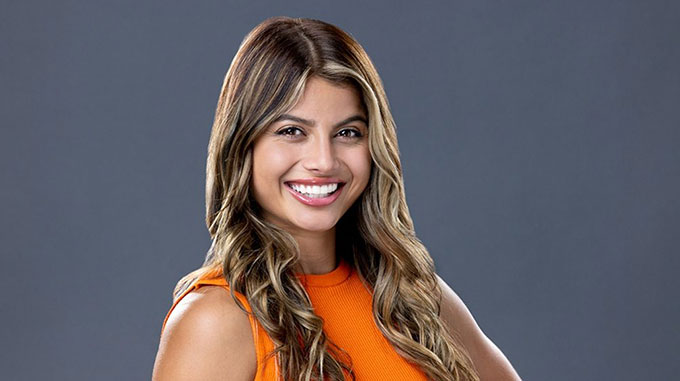 Update: CBS confirmed during their live eviction show on Thursday night that Paloma is out of Big Brother and will not be coming back.

Controversial Big Brother 24 houseguest Paloma Aguliar has reportedly left the game, we learned initially late Wednesday night and it was confirmed during the first live eviction show of the season which led to the interesting twist of no one being evicted as Paloma’s departure will count towards that vacancy added in the season’s roster.

Paloma was last seen on the Live Feeds shortly before 2 PM BBT Wednesday. Houseguests were suspiciously not talking about her absence either, as if they had been told not to do so. Then around 6:48 PM BBT, fellow houseguests Ameerah and Kyle were discussing how they need Paloma to stay in the game and Kyle mentioned production talking to Paloma before the Live Feeds cut away from that conversation.

Then at 8:43 PM BBT, the feeds cut to the pet cams as they do when there’s a competition or event in the Big Brother house. That led fans to speculate on social media that something was definitely going on. Then at 9:30 PM BBT trusted Big Brother updater @hamsterwatch on Twitter tweeted that a source revealed to them that Paloma is no longer in the game.

a source has informed me Paloma is gone #bb24

Big Brother fans on Twitter tweeted earlier in the day on Wednesday that Paloma asked her fellow houseguests to vote her out Thursday night if she ended up as one of the nominees because of this season’s still-secret “Backstage” twist. But was her exit from the game her choice or one made by production? We have yet to find that part out, but we will keep you posted as this story develops.

Update: Sharon Tharp of US Weekly says Julie Chen did not share any details on the Paloma situation in an interview this morning. Julie confirms this will be addressed tonight on the live show.

No update from Julie about Paloma or what's going on. Sounds like the feeds will be down all day because she said it will be addressed during tonight's live eviction. #bb24

Paloma has been at the center of a number of stories this past week from serious media outlets like Variety and Today.com, after she and other players began targeting fellow houseguest Taylor Hale for no legitimate reasons. Taylor, who is a Black contestant and former Miss Michigan USA, is the latest to face such treatment in the Big Brother house over the course of the show’s 24 seasons.

Big Brother 23 winner Xavier Prather, who is the first Black contestant to win the US version of the competition show, took to Twitter to speak out on the treatment Taylor was facing in the house. His quote was picked up by Variety:

“Members of the Black community (especially Black women) and other people of color stand no chance in the Big Brother House due to perpetuation of micro-aggressions and unconscious biases which plague our society,” Xavier wrote on Twitter. “I acknowledge my shortcomings during my time on Big Brother and can’t help but feel partially responsible for some of the reprehensible behavior I see being exhibited by current houseguests who consider me one of their ‘favorites.’ For that, I’d like to apologize for being an accessory to any ongoing issues. I’ve tried to learn from my conduct and educate myself so that I can stand beside those who need my support, as I attempt to do for Taylor now. In the future, I hope it doesn’t take a ‘Cookout’ for any Black houseguests (or any POC houseguest) to finally escape the feeling of being ostracized within the Big Brother House for simply existing. Change is a MUST!”

The impact of Paloma’s alleged departure from Big Brother 24 is still unknown and production has typically not skipped planned evictions despite unexpected departures in the past. We will continue to monitor the house via the Live Feeds and watch for additional details from CBS.