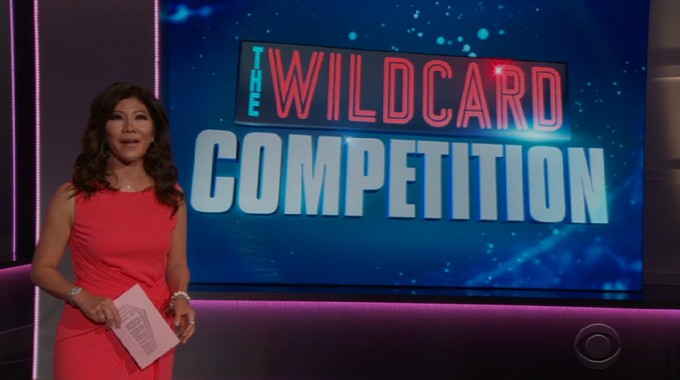 There’s another new twist in the mix for Big Brother 23 with the “Wildcard Competition” that will air as part of Sunday episodes this season though likely only the first four weeks, aligning with the Teams & Captains twist duration.

This latest twist is expected to land between the Head of Household competition and nominations, so watch for it on the next few Fridays despite its first event appearing to already be taking place this Thursday. Executive Producers Grodner and Meehan explained how this twist will work, via Parade.

In the “Wildcard Competition,” each of the three nonimmune teams (i.e., the teams without the HoH on it) will nominate a competitor. Those three people will then take part in a competition, with only one winner. That houseguest (not their team) is safe. But going along with the theme, their choice will come with a price. If the winner decides to accept safety for the week, it will result in a punishment that may affect them, their team, or the house at large.

That means here in the first week of Big Brother 23 we’ll see one competitor from the Aces, Kings, and Queens (Jokers took the HOH victory) sending in a nominated player and whoever wins will have safety/immunity from eviction for this first week. Only that one HG will get the safety though, not his or her whole team.

Each week the three teams will be determined by which team takes the safety in the HOH comp. No word yet on if a Houseguest can compete in back-to-back weeks of the comp or if it’s a one and done then give someone else a turn. Related: Know Your Teams – Refresher

Get ready for the Wildcard spoilers each week from your Live Feeds and we’ll share the results as they arrive. Then be sure to tune in on Sunday (8/7c) to see how the competition played out. More spoilers coming up soon! Grab our Big Brother App for notifications all summer long.