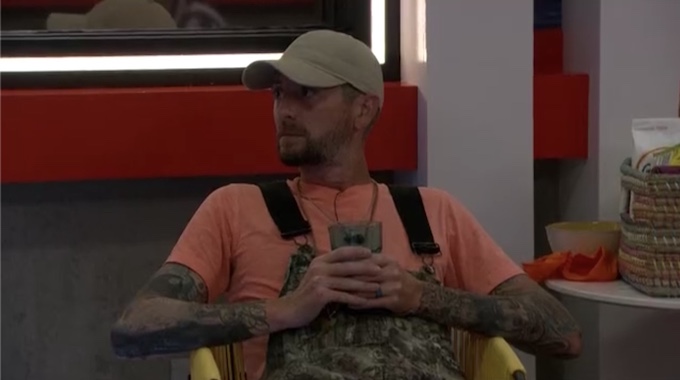 As we know, Frenchie is HOH this week which means that Azah, Britini, Derek F, and of course Frenchie are all safe this week. Frenchie had quite a few conversations Wednesday night and most of them included him telling the women in the house that he refuses to put up the women in the house. He also asked them in return, he would appreciate it if they didn’t put him up next week.

Instead, Frenchie plans to target the jocks and the potential showmances. He did mention that he has someone in mind and plans to make this a “true backdoor” with no chance of retaliation. He said that he has already noticed some flirting going on in the house and that he would rather split up a possible showmance early so that he only makes one person mad instead of two. He mentions that he sees Whitney and Brent or Alyssa and Travis as potential showmances.

So who could we possibly see on the block this week? Frenchie seems to be more focused on potential showmances this week and has mentioned Brent and Travis a couple of times. With him planning a BD this week, the chances of one of them hitting the block at nominations are pretty slim. Christian and Xavier probably have the highest probability of hitting the block at this week’s nomination ceremony. Frenchie has mentioned that he really liked Kyland so he will probably be a last resort nominee.

What do you think of Frenchie’s gameplay so far? Do you think that targeting the potential showmances is a smart move?

We should see the Nomination Ceremony happen sometime on Thursday and the Wildcard Comp either later in the day on Thursday or on Friday that way they can both air on Sunday. Be on the lookout for spoilers!