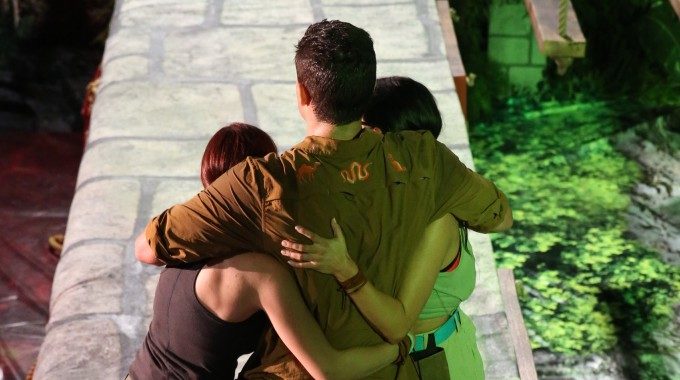 Big Brother 21 is down to its final hours and come Wednesday night someone from the Final 3 will be cut and sent to Jury. In several recent seasons, we’ve had at least some sort of uncertainty on how that could go but this time around, things look pretty set. Big Brother spoilers ahead!

Jackson took Round 1 and Jackson is playing chess not checkers and all those other cliches that he can’t stop retelling but seemingly truest of all to him will be his desire to stick to his word. Holly has been his #1 for nearly the whole season (Even if she is his #2 showmance behind Kat, Zing!) and there’s just no chance of him flipping on that plan at this point in BB21.

I do believe Jackson wins over Holly and probably even over Nicole if he took her there. Had Nicole won her way to F2 and for some reason dragged Jackson along, then maybe Jurors would be so impressed with her win streak that they’d give her the prize over him but probably not the other way around. So with Jackson winning either way, at least in his mind, then why not take his showmance girlfriend and sweep the prize money?

Jackson’s already counting that half-million and has no doubt he’s winning. Holly questioned why he was talking to her about his F2 speech as if he had already dismissed her from threat status. Well, that’s because he has! If he’s so convinced he has her beat then maybe she should be considering some alternative scenarios, huh?

Prediction: If Jackson wins R3 then Nicole gets evicted and Holly joins him in F2.

Holly’s turn. She took Round 2 over Nicole and we’ll see that in the finale but I’m surprised and hope it was close. I really thought Nicole’s track record and season knowledge would put her in the lead against Holly who had previously only won two comps, both of which were physical and one of those was rolling a ball in a straight line! But now she’s got a 3rd win when it mattered most and she gets a seat in R3.

Holly started out strong this season but her presence seems to have faded into the background. I don’t see her pulling a Jon to Neda move (an AMAZING moment on BBCAN) for a cutthroat finale. I just don’t. If Holly won R3 and cut Jackson she’d have a powerful story in the F2 Q&A with the Jury and I think it’s a must-do for her to have a shot at winning. Plus, come on, it’d make for a shocker in the finale.

Jackson has started to get paranoid that Holly is getting too close and cozy with Nicole as he was questioning her last night about her potential betrayal. Holly continues to assert her loyalty, but unless you’re made of watermelon Jackson probably won’t be trusting you 100% anyway and if you were he’d eat you. It’s a lose-lose situation!

Prediction: If Holly wins R3 then Nicole gets evicted and Jackson joins her in F2.

While it’s technically possible, I just don’t see Nicole making it past this next decision. She made a heck of a run but joined with Cliff to keep a showmance in the game and that appears to have cost her a shot at the big prize. What do you think will happen in Wednesday’s season finale for Big Brother 21? Share your predictions below.