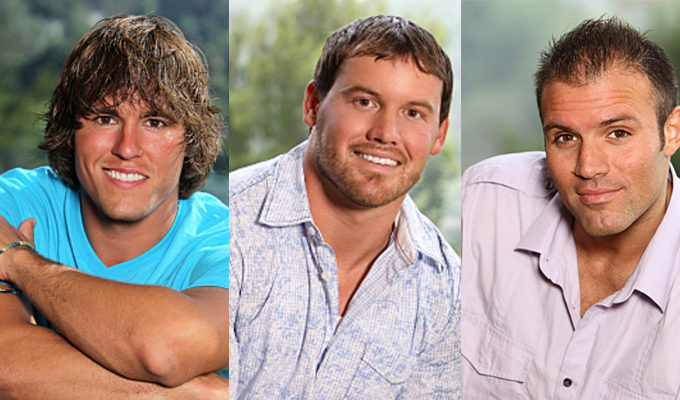 This week we posted our Big Brother 21 Final 3 stats and strategies, and that got us thinking: How do other Final 3s stack up?

Big Brother 20, still pretty fresh in our minds, was a really sold Final 3. Big Brother 21, not so much. So we decided, since this season has slowed to a trickle as we wait on the finale to get here, to dig deeper and rank ever Big Brother Final 3.

The is quite the undertaking, so I asked Twitter for some input on this, because I wasn’t about to make this all my opinion alone. I even talked to BB8 winner EvelDick about his thoughts on this question. For the record EvelDick’s Top 5 rankings are 1. BB7 2. BB12 3. BB20 4. BB3 5. BB2. So if you don’t agree with these rankings it’s not all my fault! We’ll start in reverse, because we love a good countdown (we are also excluding Season 1). Something else to keep in mind, when I get around 6-12, a lot of those could be tied or interchangeable, so let’s pay closer attention to the Top 5 and Bottom 5.

I know a lot of people are going to ask why Big Brother 15 isn’t in last place, and that’s simple. BB15 might have been a trash season, but that Final 3 played the game. The BB11 Final 3, barely did anything. I am not going to go digging into stats, but I think that Final 3 had the least amount of comp wins of any other in the show’s history. I know comp wins aren’t everything, but for this ranking, it definitely makes a difference.

As I just mentioned, BB15 had the most unlikable Final 3, but those three were in an alliance that worked and it got them to the end. It’s just really hard to appreciate BB15 and how that Final 3 played the game throughout. And to this day, I’m not sure how Spencer got to the end.

Much like BB15, BB9 was just a really unlikable Final 3. If it weren’t for Sheila (who should have won the season), that endgame would’ve been impossible to watch.

There’s just not much to say about this incredibly boring Final 3. BB19 stands as one of the worst seasons, so it’s only fitting this Final 3 should rank at the bottom. Paul played a solid game and should have won the season, considering, but Josh and Christmas (who would have left the game for medical reasons) making it to the end is pretty laughable. And Josh ended up beating Paul because of a jury pact to vote against Paul. What a terrible season.

This placement might change in the future after I’ve had time to let it sink in, but I think as of now, this is a good spot for our current season. None of these players played a phenomenal game. Even Nicole (who we all love dearly) made a lot of missteps. And Jackson, while a comp beast, made a lot of terrible moves. And Holly was playing a good game and then one day turned it off for her showmance.

This season’s Final 3 included two vets and Paul. We all know how Nicole showmanced her way to the end, but how did James even get there? He played a terrible game his second time around and really brought this Final 3 down. Paul was the clear winner here, but this would be one of two times the jury felt otherwise.

This was a tough one to rank. I like this Final 3, but there’s just nothing that stands out about it. So I couldn’t really find any reason to rank it higher, especially considering how few competition wins there are among them. I mean Rachel was a comp beast, but we are looking at the whole Final 3.

This is another Final 3 I liked, but couldn’t image placing it any higher. Drew and Cowboy really made it to the end together, and that’s commendable, but Cowboy was really bad at the game. Had Nakomis managed to stick around over Cowboy (I know they weren’t nominated together, but had it played out that way), this would be a much higher ranked Final 3.

Derrick might be a good winner, but this Final 3 is pretty bad. Victoria is probably the most useless player to ever not play and think she did. So her being in the Final 3 drags it way down on its own. And when you factor in how dumb Cody was to evict Victoria, well here you go.

When I asked Twitter for help on this, a lot of people picked BB17 among their Top 5. And I just couldn’t make sense of it. I guess a lot of people are still really into the idea that Vanessa was a great player and Steve wasn’t that bad. But Liz really brings this down. We are looking at the overall 3. Maybe it deserves higher, but I couldn’t find an reasons to place it higher than the next 10.

It was hard for me to not rank BB14 higher because I really loved Dan and Ian at the end together. But Danielle just ruins this Final 3. For some reason who had a lot of power in this season, she just let Dan control her and she made one of the biggest blunders in the show’s history by letting Dan evict Shane. That’s still one of my favorite moments, though, so thank you, Danielle.

Big Brother was a lot different during BB2. Everything as much more simpler and the social aspect of the game matter a lot more. That’s why BB2 ranks in the Top 10. I might even reconsider in a day or two and think it deserves even higher, but for now, I think No. 9 is a good spot. It was definitely one of the most entertaining Final 3s and the whole who should win, Nicole or Will, aspect divided fans and set a precedent on what makes good gameplay that continues to this day.

This is another Final 3 that I would like to rank higher, but Jerry really drags it down. Dan and Memphis make up one of the best duos in the show’s history, so they might just be the No. 1 Final 2, but Jerry kills this as a Final 3. Bottom line.

I love this Final 3 so much. Jun is one of my favorite winners, so not even Robert can bring down this Final 3. Robert had a fair amount of comp wins, and should have been evicted way earlier, so he wasn’t a bad player really. This is just a strong Final 3.

Another Final 3 I really like minus one. Zach. I still can’t believe he made it to the Final 3. He was such an early boot kind of character. And he didn’t even really make any impression on the game until near the end. Dick and Daniele, however, really played the hell out of that game. So it gets a lot of our respect.

Say what you will about Maggie and Ivette, that alliance ran this season. Sure we hated them, but they made it happen. And add in Janelle and her comp wins, and this is one helluva Final 3. And the fact that they won out and evicted Janelle, who would have won the game, was impressive (even if terribly sad).

BB20 houseguests PLAYED THE GAME. Every single person played the hell out of Big Brother. And this final 3 all got to the end for very different reasons. It was definitely one of the most well-rounded Final 3s. Even JC, who I had a hard time liking, literally refused to go on the block once and so he wasn’t nominated until around day 86. That alliance may have bored us at the end, but they killed it.

Speaking of boring but killer alliances … The Brigade ran BB12. And it did get boring. But you can’t take what they did away from them. And they did it while keeping the alliance a complete secret. Even Britney had no idea she was about to be cut at Final 4 by a season-long bromantic alliance.

A big part of why I think this is one of the best Final 3s is really because of the Final 4. I can’t let go of the idea that it was almost Boogie, Janelle and Will in the Final 3. That would have been incredibly stupid on Janelle’s part (but her cutting Will didn’t pay off in the end anyway), but damn imagine that Final 3. That would have definitely earned the No. 1 spot. And I’m not discounting Erika. She played her way to the end just like the others, and being the first (and only until this season) showmance to make it to the Final 3 together speaks for itself.

And now, for what I think is the best Final 3. Even if it’s not the best (but it is), it’s definitely my favorite. Like I mentioned with BB2, BB3 was a bit of a different game. Comp wins weren’t everything. Social games really REALLY mattered (that’s why Danielle lost to Lisa after all – those pesky non-sequestered jurors). What also mattered more were strategies and secret alliances. Jason and Danielle will forever be on the best secret partnerships. And they played everyone so well. And even though I think Lisa was the weakest of the Final 3 (despite being the winner in the end), she too played a great game. She was one of the first players to use her showmance as a weapon and she also kept her social game on point. I just love this Final 3. Maybe it’s not as good as BB7 or BB12, but this is where I’m ranking it. 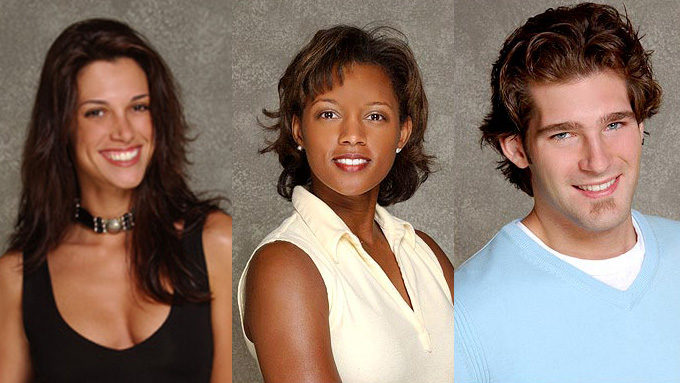 What are your favorite Big Brother Final 3s? These were just my opinions, so let us know yours!