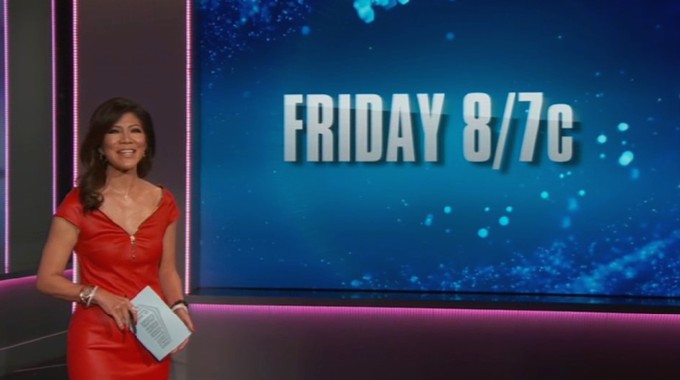 We’re down to the final three episodes of Big Brother 23 with another “new” episode tonight on CBS at 8/7c. I say “new” because it’s the old trick of a Memory Lane clip show taking us back to the long-ago times like “last week” and remember “the week before that”?? Ahh, good ol times.

Big Brother does these filler episodes every year and every time I still watch it just to say, “ugh, why did I watch it.” But clearly, I don’t learn my lesson, so yes, tonight I’ll be watching the season recap episode with the inevitable Diary Room crying session montage.

I expect we’ll again get the Final 3 narrating us through the clip show as they enjoy a fancy meal complete with Champagne that was filmed on Thursday after Kyland’s eviction and while the Feeds were down for twelve hours. During that block of time the HGs also competed in the first round of the Final HOH. We probably won’t see more than maybe an introduction to the comp in tonight’s episode, but if you can’t wait until Sunday’s episode then check our spoilers on who won HOH Round 1 last night.

Not much time left in Season 23 here as we wrap things up with the episode tonight (8/7c), another on Sunday (8/7c), and then the big two-hour finale on Wednesday (9/8c) right after the second episode of Survivor 41. Speaking of Survivor, did you know we cover that show too? Join us at SurvivorFandom.com to enjoy Survivor 41 with us and many of the same readers there all season.

See you back here tonight for the Memory Lane! For more Big Brother, join us on Facebook, Twitter, and our Big Brother App.