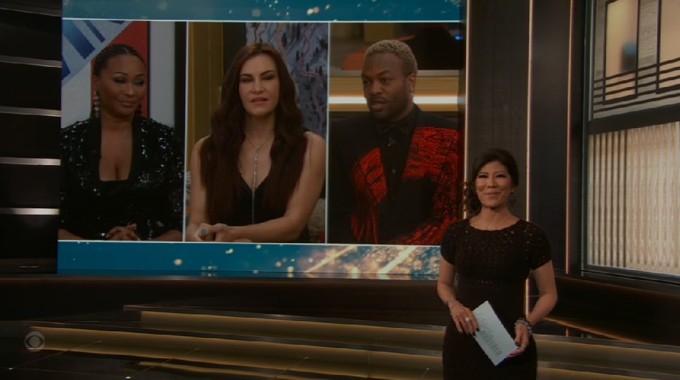 We are ready to find out who won Celebrity Big Brother 3 as the remaining three Houseguests face off in a final competition before standing before the Jury for their decision. America’s Vote is standing by in the case of a tie, but I’m expecting a landslide as the winner of CBB3 is revealed!

Our live recap starts here at 8PM ET and we’ll be covering the final HOH competition, the last eviction vote, Jury Q&A, their big vote reveal, and then which HG takes the bonus prize for America’s Favorite HG. For AFP, our unofficial poll has the race incredibly close between Carson and Shanna. Who do you think will get the $25K?

All three HGs get to compete for the final HOH and that winner will decide who gets cut and who moves on to the F2 seats before the Jury Q&A.

One vote is coming up. Which HGs will make it to the end?

No surprise here with Miesha winning that final HOH.

Congratulations to the F2, but don’t celebrate just yet because we need to let you talk with the Jury who is about to grill you on your season’s adventures to help decide their votes. Since Kattan dropped out he doesn’t get a vote here, so in case of a tie viewers will have to do a quick text vote to break the tie, but let’s be serious, it probably won’t come to that.

VOTE NOW! Text 21523 with “A” for Miesha or “B” for Todrick. This is a limited-time vote and will determine the tie-breaker. So that’s important stuff! Do it NOW!

The Jury is clearly pissed with Todrick. There is no time for a Jury Q&A so they only get to voice their thoughts as they vote and clearly there is a LOT of distaste for Todrick. It looks to be a landslide coming up.

As a bonus, one of these HGs (not including Kattan since he quit) will get a $25K bonus prize as awarded by fans over the past few days’ votes.

Top 3 vote-getters for AFP were: Carson, Shanna, and Lamar. That means our readers, that’s you!, accurately predicted the results via our poll once again this season. You all are amazing at that!