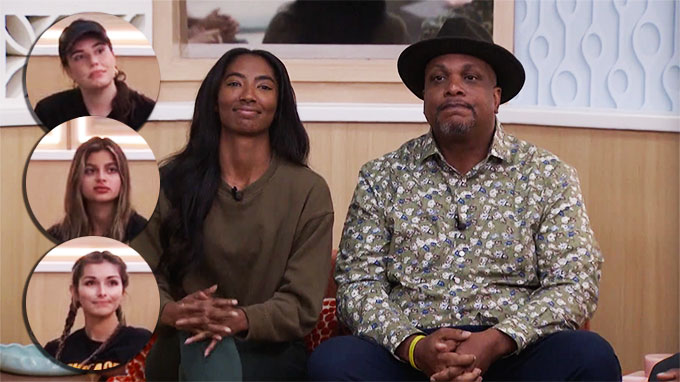 It’s usually a lot easier to predict who is going home first every season on Big Brother, but with Big Brother 24 starting off with a semi-secret twist and a whole lot of drama (including the possibility that one houseguest has already left the game), this one is anyone’s guess.

So for this first Big Brother 24 eviction prediction, we will be looking at a few different scenarios to make our predictions.

OK, so if this Backstage twist doesn’t end up changing the nominations and it’s still Terrence and Taylor on the block, I think we have a Taylor eviction. She thinks she has Michael’s and Turner’s votes, and possibly Brittany’s, but at least one of those is a definite no. Turner won’t be voting to save her, so not sure why he lead her to think that. And will Michael and Brittany further risk their games just for two votes when five are needed to stay? Unlikely.

If that twist does actually change the nominations, we have to think about how that will play out. And that gives us several more scenarios within a scenario (I swear, this show can be so exhausting!). So let’s take a look at those. (Keep in mind, Paloma might not even still be in the game, and one of those Backstage players will be saved by America).

If Paloma has left the game, and by some stretch there’s no eviction, then Paloma will just count as the first houseguest out. I do not expect this to happen. There’s no way they could fill a live show without an actual eviction vote and/or whatever they have up their sleeves with this twist.

Based on our eviction poll this week, our readers predict a Taylor eviction over Terrance. We didn’t get into all these other wacky scenarios in that poll, so let us know in our comments section below what you expect to happen in the first Big Brother 24 eviction.