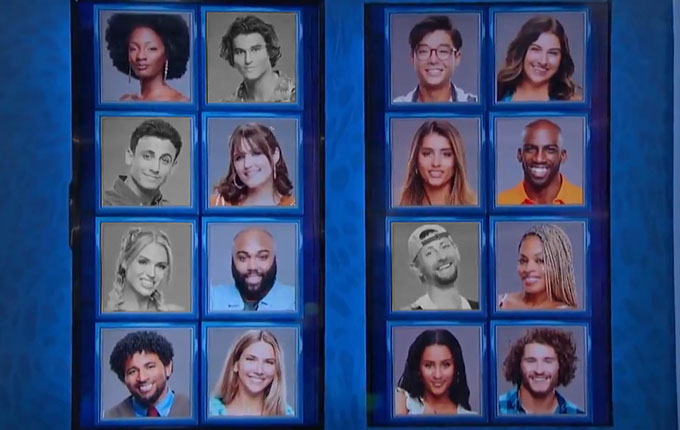 The past 24 hours in the Big Brother 23 house have been insane. The vote almost flipped more than once, and there was still campaigning in the house just before I started writing this post. But I think we actually know what is going on finally, and can make an actual eviction prediction.

And it’s a bit trickier this week, since if you only watch the live shows, then you don’t even know who the new nominee is. But I’m guessing if you’re here reading this, then you don’t mind me saying. Of course Britini used the Power of Veto on herself and Derek X decided to take his shot at Christian. So the final nominees are Sarah Beth and Christian. So who will be evicted? Seems pretty obvious that it would be competition beast and one half of a showmance Christian, right? Well, not so fast. Tiffany has had it out for Sarah Beth for weeks, and has a very good relationship with Christian. So she has felt it’s not exactly in her best interest to get rid of him. So this week, she contemplated it a lot, and over the past 24 hours went into full flip the house mode. She had Xavier’s full support on this too, and Claire’s partial support. But when the members of the Jokers had tired of Tiffany’s methods, they were ready to call her out and let it be known that they will not be keeping Christian. So while the drama was there, the numbers weren’t.

Britini went through a lot of different emotions about the vote, as well. She had told Christian he had her vote and planned on just not telling him that he didn’t. And this got to her so much that she decided herself maybe the house should flip. But once again, she realized that wasn’t happening when Claire had already told Christian he wasn’t getting her vote. So at the end of the night, it was decided that Christian would be going home. And despite some last minute one-on-ones planned for today, I think that’s what’s going to happen today.

So we can make our official prediction: Christian will be evicted from the Big Brother 23 house tonight.

And it looks like our readers agree. In our eviction poll this week over 91 precent of those surveyed said Christian will be heading out over Sarah Beth tonight. Smart readers, we have.