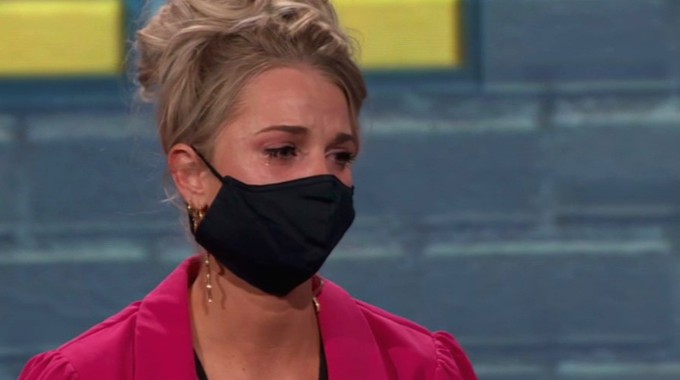 After reaching F3 on Big Brother 22 it seemed a foregone conclusion that Nicole Franzel would move on to the F2 with Cody locked in to take her to the end, solidifying Enzo’s folly in keeping her during the Triple. But in a surprise twist to finale night, Cody Calafiore cut his close ally making her the final Juror of BB22. But what if he hadn’t? What if Cody did what many expected and instead cut Enzo? Then it looks like Cody could have cost himself the half-million-dollar prize yet again.

According to Da’Vonne Rogers in her interview with RHAP the votes were stacking up against Cody to the narrowest of margins. “Cody would have won, but it wouldn’t have been by a unanimous vote,” says Da’Vonne. So who would have made the flip from Cody to Nicole?

Day reveals that if Nicole had gone to F2 it likely would be a 5-4 vote with Cody still winning BUT Day wouldn’t have voted for her. #BB22 pic.twitter.com/U70hMOm7XE

Da’Vonne reveals that Memphis, Christmas, Kevin, and David were poised to vote the former winner into the solo circle of being a double Big Brother winner. Da’Vonne assured RHAP that she would not have voted for Nicole again. That puts us at 5-4 with Cody still beating out Nicole… except for one thing.

If Nicole had won R3 she suggests she would have kept Cody over Enzo so then Enzo’s vote in favor of Cody would have been secure and possibly given us the 5-4 win for Cody as suggested by Da’Vonne. But, since Cody won R3, if he had cut Enzo then that vote would have flipped giving Nicole the win. So this was a very realistic scenario that nearly happened. Could you imagine if Cody had made the wrong choice TWICE and lost TWICE in F2?? Wow again. Cody made the right choice this time.

What do you think? Would Memphis, Christmas, Kevin, and David have really voted for Nicole against Cody? We’ll have to watch for more interviews and reactions from the Big Brother 22 Jury to know more.

Hat tip to @ScreenDuckie for pointing out this nearly-happened scenario.