Update: All Access is now Paramount Plus! The rebranding streaming service is your new home for Big Brother Live Feeds and episodes. And yes, there are still Paramount Plus promo codes.

A new CBS All Access promo code has just been released to help you get through the holiday seasons and it’s the perfect time to binge on old seasons and new shows. You can now get a one-month discount, available for all new subscribers! You can watch all the Live Feeds, latest seasons, legacy shows, Star Trek, and even Big Brother. 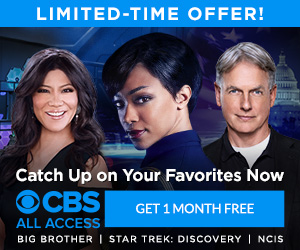 The regular trial is going to be offered for one week, but as a bonus for our readers they sent me a promo code (MOVIES) that you can use and get a full month for free. After that, it’s only $4.99 which is going to be silly cheap for Feeds and hopefully that means even more fans get tuned in online.