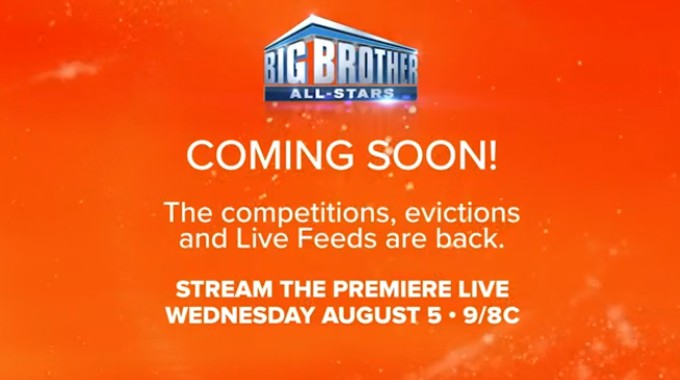 CBS appears to have pulled back the upcoming Big Brother 22 cast interviews previously scheduled for this Wednesday (7/29) on the Live Feeds. After previous rumors of the cast list arriving on Monday, not only has that announcement potential vanished but so may have the subsequent online introductions planned for just a few days later.

Shortly after noon ET today the Feeds’ loop changed from promoting the July 29th streaming event to promising “Coming Soon!” for the Big Brother 22 Feeds along with a message reminding fans of the upcoming season premiere on August 5th.

On Sunday we saw the Big Brother Casting Director, Robyn Kass, tweet her excitement for Monday, presumably, a reference to the anticipated cast reveal that day, only to later delete the tweet.

While the uncertainty is disappointing it’s important to note there isn’t anything indicating the season is in jeopardy but rather the cast reveal has been delayed. Really it always seemed rushed to have the Houseguests showing up in Los Angeles late last week followed by cast reveal just days later when they’re still starting early into their quarantine phase and doing COVID testing. Promising a cast that could be changed out by no fault of their own seemed a risky move.

Here’s what had previously been looping on the Feeds for the past few days compared to what we see now in the orange image above. Out with the Wednesday, July 29th date and in with the “coming soon” promise instead.

We’re confident that Big Brother All-Stars 2 will still be here soon with its August 5th premiere date just over a week away, and we’ll have the BB22 cast reveal soon enough. Once CBS shares more details we’ll pass along anything we can and in the meantime, you can join us on Facebook & Twitter plus our Email Updates and download our Big Brother App to get all the latest news.

Want to really show your support for our site and efforts? Sign-up now for the Live Feeds through All Access and be ready to watch those interviews when they drop. There’s no additional cost to use our links but it supports us in a big way. Thank you!