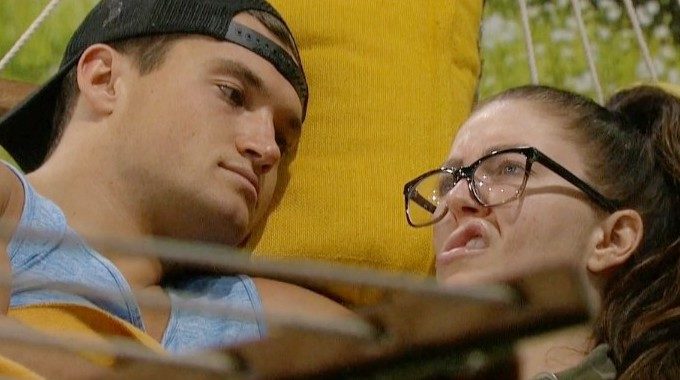 Monday’s Big Brother 21 Feeds rolled right through the day without a Power of Veto Ceremony and while it’s typical of recent season’s routine there was enough going on differently this time around that left us waiting to see just what would happen. Well, now we know!

The past few years we’ve seen the F4 Veto Ceremony saved for the live show but that was happening when coupled with a bonus eviction that week following a taped eviction show playing the night before. Not the case this year. Instead, we went from F5 to F4 during last week’s live show and skipped the need for a taped eviction. Great!

It was annoying to have the Feeds go down to hide an event we knew was happening, what would happen, and who would be the one to go. So that’s a bonus that we got to skip it this year! Now instead we could keep to the regular routine of Veto comp on Saturday, meeting on Monday, eviction on Thursday. Ehh, not so fast.

Since the Power of Veto Ceremony at F4 is basically an eviction decision (one vote handled by the Veto holder or his/her designee if the HOH won it) Big Brother wants to save that for an all-in-one live moment in the show. No need to use the Veto, change the noms, wait three days, and have the one vote head to the Diary Room. We’re just going to get it all live instead.

So this Thursday we’ll start the show with Jackson and Holly on the Block, Big Brother will run the comp footage where we’ll see who wins, and then we’ll get the live Veto meeting and immediate eviction decision. From there we’ll get our Final 3 of Big Brother 21 and they’ll head out back to compete in the first round of the Final HOH’s three-part event.

It’d be great if we got to watch Round 1 and hopefully, we do but it’s been blocked recently so fingers crossed for a smarter, kinder decision by production for BB21. Be sure to have your Live Feeds ready to watch in case we get that event streamed live and we’ll see what happens next in these final days of Big Brother 21