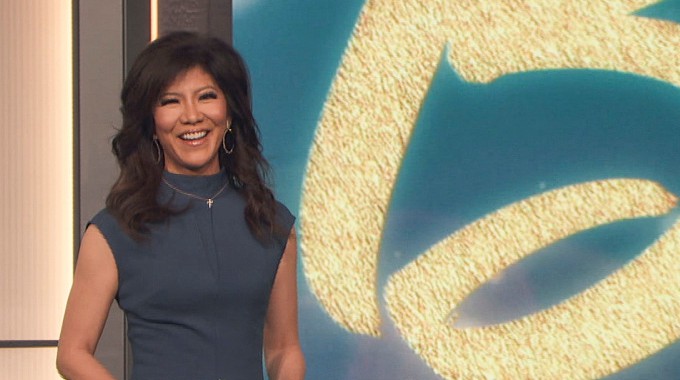 Celebrity Big Brother is back tonight (8/7c) for another two-hour live eviction episode following the Power of Veto events featuring the current nominees Carson and Lamar. One of these two HGs could be heading home next unless the Veto gets in the way.

Todd took over as the host with the most taste, compared to the relatively tasteless Todrick apparently, and quickly executed moves most in line with what Miesha would want, because hey, it’s Miesha’s house and the rest of these HGs are just hanging out there!

Carson has been a top target all season and without Shanna’s help for protection, he’s in a perilous position again this week. If he doesn’t pull off the Veto then he’s a top pick for the next eviction vote. And of course, with Cynthia not on the Block with her partner in crime, the perfect scenario for them would be Cynthia winning the Veto and keeping them both safe. But that also requires Cynthia to deliver a win.

Can’t wait for the results and want some Big Brother spoilers now? Get ahead and find out who won the Veto this round on CBB3.

It’s a two-hour episode of Big Brother tonight starting at 8/7c with the Veto replaying from earlier this week and the Veto meeting likely live then the eviction vote of course delivered live in action. Someone should go ahead and have that talk with Lamar about what that means.

Speaking of Lamar, he’s decided he’s ready to play and win something. It’d be a heck of a time to step it up and I’m hoping we get a little bit of a challenge to Miesha’s dominance over the game, but we’ll have to see if he can deliver on that promise.

Who do you want to see out the door next on Celebrity Big Brother? We’re just days away from the season finale on Wednesday, February 23rd so there isn’t much time left! And that means we need to cram a LOT of CBB3 episodes into the next few days. We’ve got episodes Friday, Saturday, Sunday, and Monday before a one-day break heading into the finale on Wednesday. Buckle up!