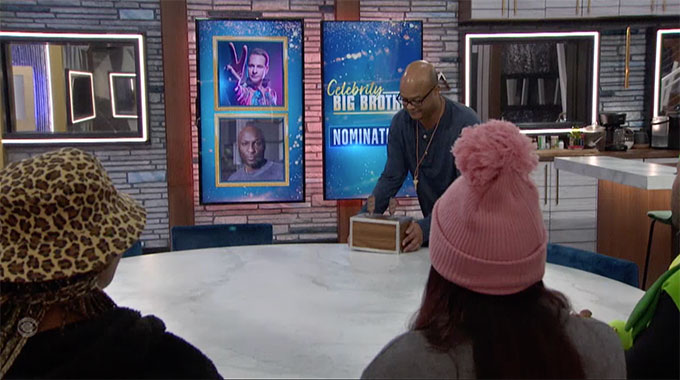 Another Friday, another Celebrity Big Brother eviction. This week it’s Lamar vs. Carson on the block, and since Carson has been the main target since Day 1, this should be an easy eviction prediction.

Todd has realized a little too late that he has likely doing the bidding of Miesha this week, but he can’t change the votes to keep Carson, so what he has realized doesn’t matter. There was that small sliver of a chance that Miesha would want to flip the target onto Lamar when he very publicly said she should have been the target over Shanna, but I think she and Todrick have been so obsessed with getting Carson out for so long there’s not changing that.

Carson even thought his “gentleman’s agreement” with Todrick could help shift the vote, but that is not going to happen. Todrick has wanted Carson out even before Miesha. I think he is why Miesha became so obsessed with the Carson as the biggest threat idea. The funny thing now is, Carson might be a threat to win at the end, but so is literally anyone else over Todrick and Miesha. That’s why at this point they need to take each other to the end for a chance to win. But that’s another topic for another day. Let’s get back to this topic. So who is going home tonight?

That’s obviously Carson. There’s not any suspense there. But let’s break down the votes for the sake of formality.

So that’s 2-1, with Carson leave. It only takes two votes to evict this week, and we know Todrick isn’t flipping despite his agreement and outside working relationship with Carson.

Who do you think will be evicted from Celebrity Big Brother tonight? Does Carson have any shot at swaying Todrick before the live vote tonight?