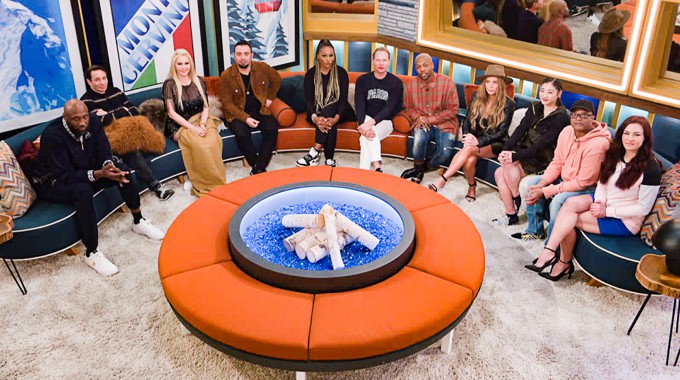 Tonight on CBS at 9/8c the Celebrity Big Brother 3 Houseguests are back for more following last night’s season premiere where eleven HGs moved in and one took control as the first Head of Household. Now it’s time to set those nominations and get this game underway.

In a tough endurance competition that lasted fives of minutes, we saw MMA champ Miesha Tate take the win and safety for Round 1 of CBB3. Now she’ll have to name two of her fellow HGs to sit on the Block and face potential eviction on Friday night.

But first, what’s in the box?? Julie teased a new twist of sorts with the “Gala Gift” that sat on the sidelines during the HOH competition. She explained it would boost one HG while pulling down another. We don’t know more on what all that means but expect to see that in tonight’s Big Brother episode.

After we get through that little bit of dramatic reveal I expect we’ll be watching Miesha debating between her nominations before a twist of the key to splash the photos on the memory wall. That should wrap up the night and get us rolling through Round 1 of Celebrity Big Brother 3.

Remember there are a lot of rapid-fire episodes on this shortened schedule. Friday’s episode will be two hours long starting at 8/7c so we’ll get the Veto buildup and eviction vote. No word if that’ll be live or not. And hopefully, at some point, the Live Feeds will actually turn on because so far they are delayed without explanation.