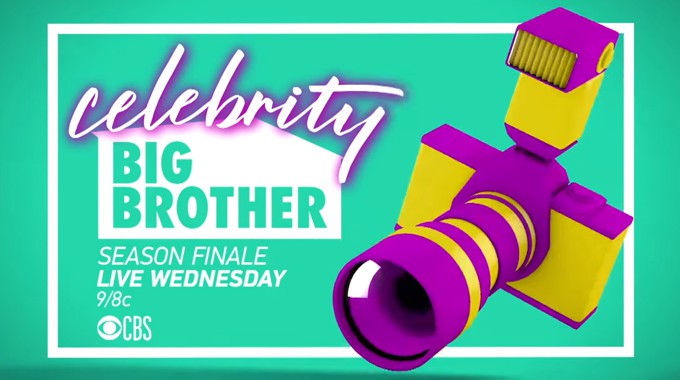 Update: Find out who won Celebrity Big Brother in our live recap!

The Season Finale arrives tonight at 9/8c on Celebrity Big Brother 2019 as one of the remaining five Houseguests will be crowned the winner to take home the $250,000 grand prize. “But First,” we’ve got some big events to wrap up and set us on our way to that final Jury vote.

We left off on Monday night with the HGs flying their way across the backyard competing for the F5 Head of Household position which would decide a seat in the F4 plus the power to make the last nominations of the season. Once we see that wrap up it’ll be time for the Noms ceremony, Veto competition, and Veto ceremony. All of those events have already wrapped up if you want the spoilers now.

The live portion of events will pick up with the eviction vote as the HGs were still debating last night over who to send to the Jury short of the F4. Will the two voters decide to force a tie on the HOH and spread the blame just before the Jury votes? It’ll be an interesting choice made here and that decision doesn’t seem to have been settled just yet.

Once we’re clear the eviction vote it’s time for one last competition: Final 4 Head of Household. This one is mighty powerful as the winner will evict not one but two Houseguests immediately with the decision of who to take to the F2. All of the F4 HGs are eligible to compete and there’s $250K on the line so get ready and get out of the way!

Who do you think should win Celebrity Big Brother 2 tonight? Read our breakdown, share your thoughts, and get ready for the two-hour event tonight with our live coverage starting at 9PM ET. We’re looking forward to you joining us then!