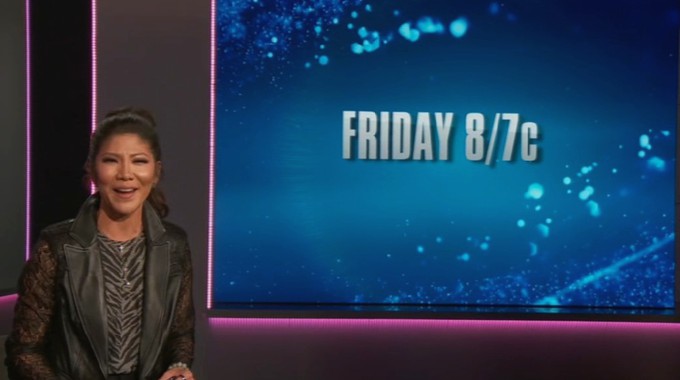 Well I think a lot of folks are going to miss this one, but here comes a special Friday episode of Big Brother 23 tonight on CBS (8/7c). With Thursday’s Double Eviction out of the way the remaining Final Four HGs are set to battle it out for HOH and Nominations in an early routine episode.

With the Emmy Awards show on Sunday, the HGs had to hurry up and knock out the Head of Household competition and Nominations Ceremony while the Feeds were down a couple of days. When things picked back up last night on the Feeds we quickly learned what we missed and who was in charge.

The HOH win this week secured a spot in the F3 and the noms are otherwise fairly meaningless as the real power comes from the Veto. With just one vote this F4 round it’ll be decided by either who wins the Veto or is the designated “safe” HG (if the HOH wins Veto). Tonight we’ll see how that all played out and then that crucial Veto comp still lays ahead on Saturday.

Want spoilers now and don’t want to wait for tonight’s BB23? Find out who won the HOH comp and who was sent to the Block with the nomination spoilers.

The Live Feeds (get your Free Trial now) are clipping along this season as the HGs try to manage their way through the end of the season with the Jury starting to fill and fewer remaining in the Big Brother house. Stay up on the latest with our Feed Highlights Report and get all the top events from what’s going on.

Join us back here on the site tonight during the east coast broadcast at 8:00PM ET to chat live with other fans about the show. Want more Big Brother? Get our Big Brother App, join us on Facebook & Twitter, and get our Email Updates!