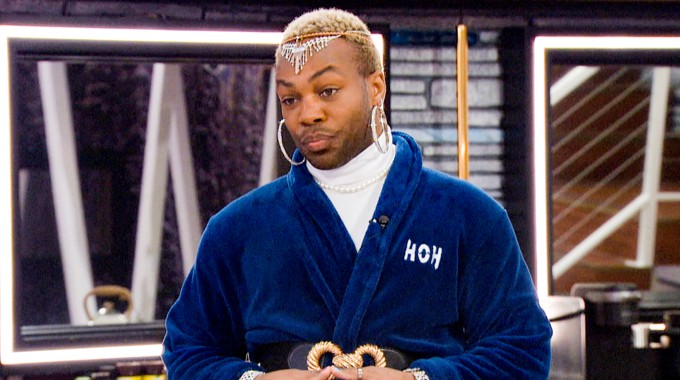 We are down to three Big Brother Houseguests and just the season finale episode to go on Celebrity Big Brother 3. Either Cynthia, Miesha, or Todrick will walk away as the winner of CBB3 and I can tell you right now, it won’t be Todrick Hall.

In the Big Brother house, it’s no secret that Todrick has acted very poorly to his competitors to their faces, when confiding “privately” in allies, and even in the Diary Room sessions. There is no privacy when it comes to Big Brother and especially not when your voting peers will have full access to everything you’ve said and done before making their Jury vote decision.

One of the major differences between Celebrity Big Brother and the summer edition is how the jurors are released into the wild between their eviction and eventual Jury vote. Not since Big Brother 3 have we seen HGs have the chance to watch episodes and private DRs prior to voting in the regular seasons. The magnificent Danielle Reyes paid that price in season three and since BB4 we’ve had the Jury House as a result.

We’ve watched the toxic attitude and behavior of Todrick throughout this short season and he continues to stun and somehow surprise us. Whether it’s dragging Kirkpatrick’s child into the game, failing to understand this is a game and not personal, seemingly suggesting HGs should be judged on their hair and skin color, or just plain talking smack at every opportunity. Okay, the last is standard fare, but the rest? Don’t be trash. His former HGs would agree.

In last night’s Double Eviction Todrick was admittedly put in the unfortunate position of being the openly final and deciding vote for both of the eliminations. Couldn’t have happened to a nicer guy. First, he sent out Lamar, who was already seemingly well aware of Todrick’s shortcomings, and then it was Todd out next. Todd went on to sing Todrick’s praises to host Julie Chen and basically committed his Jury vote to Hall. Well, that didn’t last long.

In seconds, how long did Todrick have Todd’s jury vote? #CBBUS3 pic.twitter.com/yKXpImppSS

Todd went from raving about the performance of Todrick’s gameplay to flat out denying any support to the remaining HG in the same night:

Not after I saw what he said no way wow so sad https://t.co/iPB5dvj6Ef

Bridges formally retracted his support for Hall in his interview with US Weekly this morning:

Interviews will be up in a bit! Both Lamar and Todd were (of course) most shocked by the things they learned about Todrick once outside the house. Todd says there's no way he would ever vote for him now. He's not thrilled with Miesha either. #CBBUS3

Within an hour of being evicted by Todrick, Lamar was already back online and smashing any hopes Todrick might have had of gaining his Jury vote. Nope, not gonna happen.

It’s really been across the board that the evicted HGs have been astounded to learn about Todrick’s behavior, attitude, and words inside the GAME. It’s a game, Todrick. How did you forget that? Anyway, we already saw Carson openly admitting he blew it and had been tricked by someone he thought he could trust. So that vote probably won’t happen either. The same goes for Kirkpatrick who was quick to slam Todrick’s victim noises during his own eviction interviews.

Heck, even Kattan who doesn’t have a Jury vote shared his disappointment in learning what presumably Todrick & Miesha were saying about him. Presumably because they are not named, but are the only two not tagged in Chris’s tweet:

Overall I don’t see a snowball’s chance of Todrick getting any votes outside of Cynthia who has continued to pledge her support for Hall. Of course, so did Todd until he learned more. It’s quite possible the moment Cynthia walks out that any of the Jurors could lean over and sink that ship in thirty seconds flat.

On one hand, if Todrick could pull the wool over these HGs so well in the house then in the world of Big Brother it almost seems unfortunate for him to lose that support once they’re past the barrier of the front door. BUT, that’s where my sympathy ends. This isn’t the same game as the summer season. This self-proclaimed superfan (he couldn’t stop shouting that last night after learning that viewers could be the tiebreaker vote) should know how the Celebrity season differs and adjusted accordingly. You’ve got to play nice enough and respectably to secure votes from those who will witness your exposed actions. He failed to do this and it has cost him numerous opportunities on the Jury.

Of course, this also raises the possibility that Todrick probably doesn’t see anything wrong with what he’s done or how he’s behaved and treated others. Todrick seemingly operates as the victim and when he leaves CBB3 with maybe one vote at best he’ll probably continue to blame others for that outcome. Oh well. It’ll give him something else to talk about besides himself. Or maybe not.

Lamar tells me about Todrick: "It was hard for him to stop talking about himself. … Being a celebrity, I've never even heard of him."

He also says a friend warned him about Todrick before even going into the house. #CBBUS3