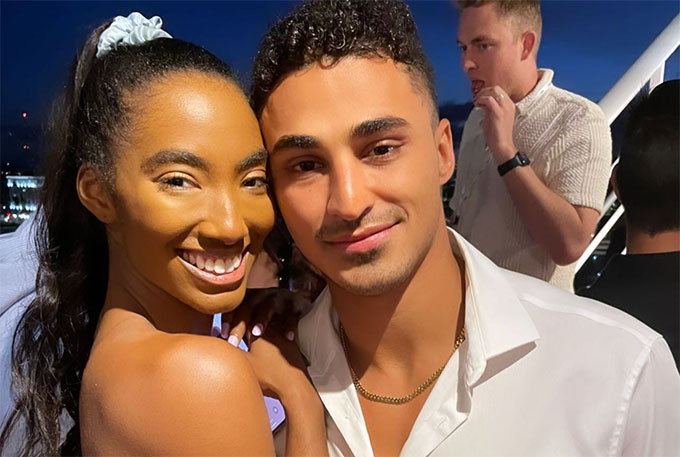 Big Brother 24’s seemingly budding post-season romance might have taken a hiatus, but fans rooting for Jaylor (Taylor and Joseph) can rest assured that the pair is planning to reunite very soon.

US Weekly caught up with Joseph recently where he talked about his legal career, the possibility of acting, and of course his relationship with Taylor.

“Taylor and I completely miss each other,” Joseph told US Weekly. “We talk a lot and send a lot of jokes, but we considering how much time we’ve just spent together. … We still constantly speak, constantly check in and are supporting each other from afar. And we plan to meet up very, very soon.”

Many Big Brother 24 fans have been following Taylor’s and Joseph’s every move since the season finale, waiting on an announcement that they are an official couple. But so far that hasn’t happened. Joseph and the Big Brother 24 winner both left Los Angeles last week to return to their respective homes. Taylor is still reeling in her win, and making appearances while Joseph has taken some time to catch up on the life he left behind at the start of the summer.

“Being back in Florida has given me the opportunity to refocus a little bit on my legal career,” Joseph told Us Weekly. “I have to respond to some correspondences from the Florida Board of Bar examiners. … I was studying for the uniform bar exam in order to practice law outside of Florida. I’ve put that idea on hold a little bit as I reassess and re-situate myself in my career and aspirations.”

Joseph is seemingly caught that acting/stardom bug after BB24 and his time on the Bold and the Beautiful set along with Taylor and Monte.

“I would definitely be interested in pursuing more acting opportunities and reality TV opportunities,” Joseph said. “I’m hoping to see a healthy balance between my newfound opportunities along with my legal career.”

So there you have it. Could we be seeing Joseph on our TV screens once again?