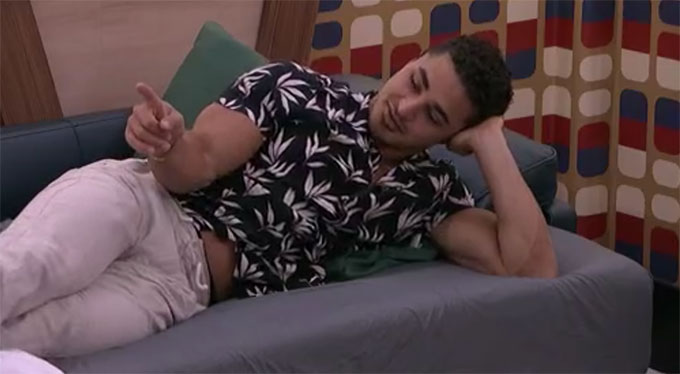 The phenomenon that is the Big Brother 24 houseguest popularity continues to shift, change and and fascinate me.

As I’ve previously mentioned, typically houseguest popularity doesn’t waver too much. There seems to be an early trend that continues throughout the season. Sure, sometimes when a player makes a bold move their popularity will rise, or when they say or do something stupid, they drop. But this season we’ve seen someone go from dead last to first place. And we’ve been watching former favorites continue to descend.

So who is loved and not so loved in Week 7? Let’s take a look, starting with our own poll results from this past week.

For the first time this season, someone overtook the first-place spot from Michael. And that was Turner. Michael dropped to number 2, while Taylor held onto the third-place spot. Joseph rounds out the Top 4.  The least popular houseguest still in the game was Jasmine in 12th place. And rounding out the bottom three are those no longer in the game, Nicole, Pooch and Paloma (Note: Our poll is usually a mixture of Twitter, Facebook and non-Feeds watcher who seek out updates on the Internet)

On Twitter, the account Big Brother Junkie (@89Razorskate20) does weekly popularity polls by likes and retweets and this week their top spot remains as Taylor. In the past few weeks, Joseph’s and Turner’s popularity on Twitter has skyrocketed. Their results from Week 6 found Taylor in first place with 6,688 likes and retweets, followed by Turner with 3,565 and Joseph with 2991. Terrance was at the bottom with only 27likes. Their latest poll is out now (Tuesday afternoon). And currently, it looks like Joseph’s possible eviction this week, has put him a bit above Turner at the moment.

Another well-know Big Brother 24 poll is the one over at JokersUpdates. Their poll reflects the recent shifts as well. Turner remains at the top of the Jokers poll, followed by Joseph, Michael and Monte, respectively.  As for the bottom of the heap, those honors once again go to Jasmine, Daniel and Nicole.

Which Big Brother 24 houseguest do you love the most? Let us know in our poll below!