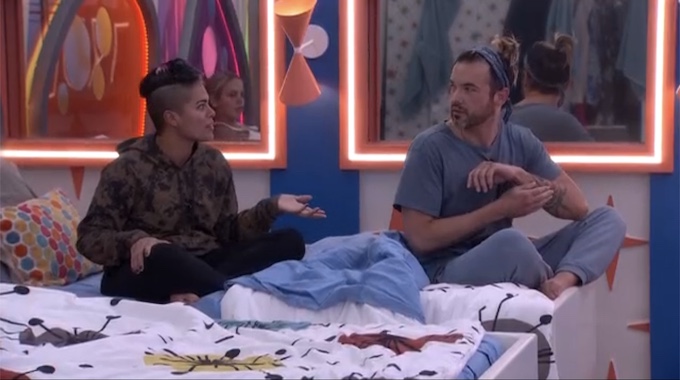 It is Power of Veto Day inside the Big Brother 24 house and the houseguests are getting ready for this week’s competition! We have a new Head of Household in power on Big Brother and they have named their noms, now it’s time to find out which BB24 houseguest are playing and what the plan is moving forward.

As we know, Monte narrowly beat Nicole for this week’s Head of Household position, and because of that, Nicole’s game could be in danger. Monte nominated Alyssa and Indy at yesterday’s Nomination Ceremony with the hopes that someone who would be willing to use the Veto wins and takes them down.

There was a lot of talk inside the house yesterday about how in order for Taylor to feel comfortable inside the house, Daniel and Nicole have to go. So Monte’s plan if Alyssa and Indy come down is to backdoor Nicole. Based on a lot of the conversations inside the house, aside from The Leftover alliance, there might be some other supporters of this move.

We know that Monte, Joseph, and Terrance are playing in this week’s Power of Veto and so are Indy and Alyssa. If either of these Festie Bestie groups should win, the noms will change. Monte has attempted to convince Nicole that Taylor is his target this week, so he will use the Veto to change the noms. However, it seems that Nicole and Daniel know something is up and don’t trust that Monte’s target is Taylor at all.

The other pair of Festie Besties that will join in today’s Veto Competition are Daniel and Kyle. With that being said, if they win, the potential for the noms to change is pretty good. Since Kyle is in The Leftovers alliance and is close to Alyssa, he could choose to take Alyssa and Indy off the block. Daniel would probably prefer for the noms to stay the same, but lucky for The Leftovers, it only takes a decision from one of them at the Veto Ceremony.

Who do you hope to see win today’s Veto Competition?