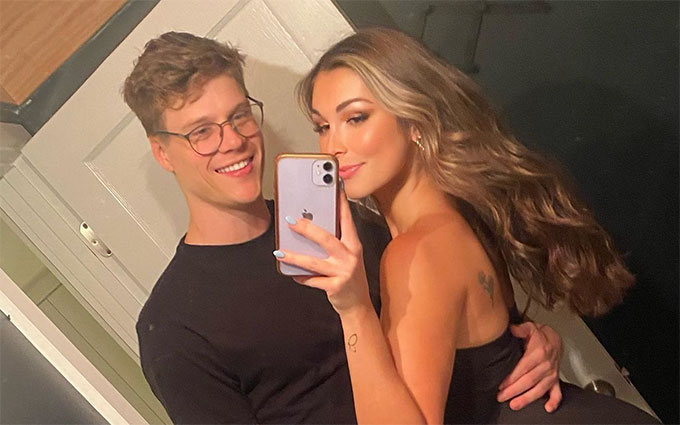 Everyone has been focused on one Big Brother 24 couple post-season, but there seems to be another pair that has reunited and is actually giving it a go outside the house.

After both laying low several weeks following the Big Brother 24 finale, Kyle Capener and Alyssa Snider shared a joint Instagram post Tuesday of them both laughing and embracing in St. Augustine, Florida. (Check out those photos below).

“We had so much fun in St. Augustine this past week,” the shared post reads. “Boat tours, candle making (not our favorite because we both left with headaches😅), late night snack runs, pirate museum, and meeting tons of friendly people that are fans of the show! Thank you all for embracing us and this new chapter.”

So it seems to be Instagram official based on that caption and some of the comments.

One follower named Ashley commented “So happy for you both. You two have such a bright future full of love and happiness. Two amazing souls with so many fans who love and support you.” Alyssa replied “Thank you Ashley!”

Kyle seems to be happy and decompressed following the season and all the controversy.

“I just wanted to say thank you so much for everyone being so awesome on my last post,” he said in an Instagram story last night. “You guys are so awesome. Sometimes social media can be rough.”

It looks like the couple is planning a trip to Hawaii next. What do you think of Kyle and Alyssa making it Instagram official? Did you expect them to get together outside the house?

Big Brother 24: Kyle And Alyssa Together in Florida