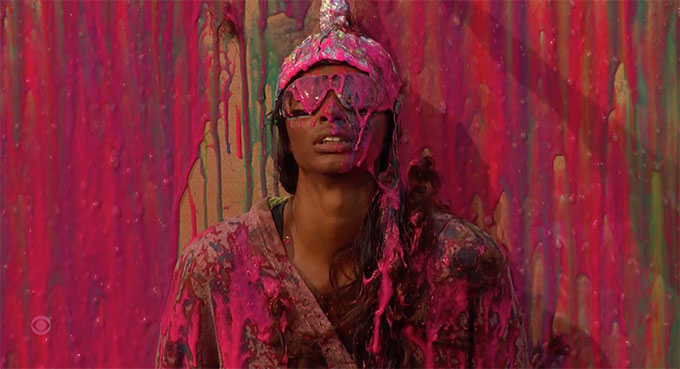 The Leftovers have once again held onto power in the Big Brother 24 house following their domination of the first endurance competition of the season. But finding and agreeing on their next target wasn’t so easy.

Sunday night’s episode picked up shortly after the Head of Household competition began after last Thursday’s live eviction that showed Daniel out the door.

And Jasmine is first out. After only 5 minutes and 45 seconds.

HOH Time out: Alyssa lets us know that she checked in with Kyle over what Daniel told her about him Kyle not planning on using the veto on her. He tells her that wasn’t true, and she says she can’t stay mad at him. Showmance is still on. Oh boy.

Back to the HOH competition. Brittany is out next, just after 15 minutes.

HOH Time out: Joseph lets us in on the fake alliance called the Five Swatters. That consists of Joseph, Kyle, Jasmine, Indy and Alyssa. He also lets us know that his allegiance will always be with The Leftovers, so he immediately tells them about the fake alliance. 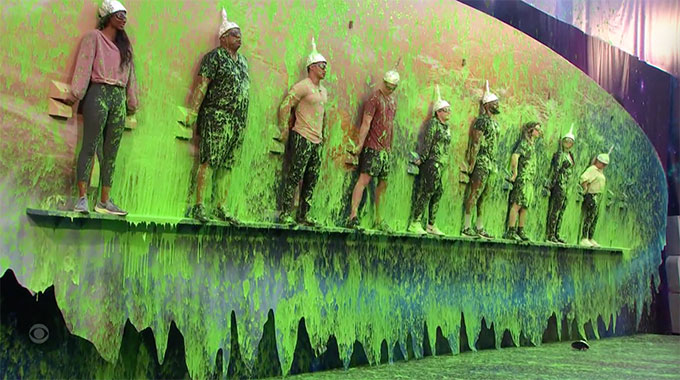 Back to the HOH Competition. And Terrance is out next, just short of 17 minutes. Monte is off the wall next. He lasted 27 minutes and 9 seconds. And a few seconds later, Alyssa is down.

Five remain. It’s all Leftovers and Indy. And then after 39 minutes, Indy is out. A Leftover will win the HOH.

So now that Indy is out, Turned decides to bail at 42 minutes and 52 seconds. Taylor, Joseph and Kyle remain.

And then Joseph is out after 44 minutes. It’s between Kyle and Taylor. And Kyle lets us know that he’s going to go as long as he can to try to protect Alyssa. And Taylor says ok, fine, let the best Leftover win. And the best Leftover, based on this competition is Taylor. Kyle falls at 46 minutes and 39 seconds. So she is the new Head of Household.

The Leftovers meet up while Taylor is in the diary room, just to see what they all think about this week. And everyone agrees that it should be Jasmine this week. But Taylor has already said she can’t send home another block woman. The Leftovers get that, so they decide to switch their focus to Indy.

Meanwhile, Terrance checks in with Taylor to do some damage control.

Terrance throws out some names and lets Taylor know that he doesn’t have an allegiances. But as of that point Taylor is ready to take a shot at Terrance. He has been throwing her name out for weeks, and he would be a pretty easy target with the least amount of blowback. But will the other Leftovers be OK with just getting rid of Terrance this week after they’re already discussing Jasmine and Indy?

Taylor lets her alliance knows that she told Joseph and Kyle that they wouldn’t go up when they were on the wall. And she also told Indy and Alyssa that she wouldn’t target them. So Terrance is her only option. But she also needs Monte to go up as a pawn. And then says maybe Monte and Turner can go up and they can backdoor Terrance. But Turner asks her what if someone wins veto and doesn’t use it.

And she soon realizes that her options are limited, so she’s going to have to rethink some of those promises she made.

So her final (as of now) plan, is to nominate Terrance and Indy, and tell them both that Monte is the backdoor plan. As of now, the target would be Terrance, though. And Taylor lets Indy know, and Indy isn’t happy. But Taylor sticks to the plan and those two faces appear on the memory wall. 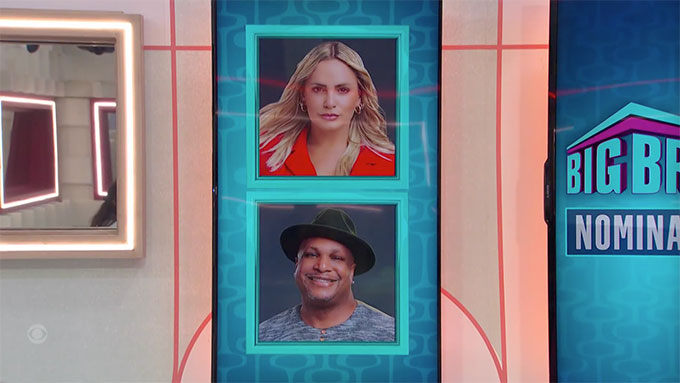 Be sure to join us back here on Wednesday night for our next Big Brother 24 recap. But if you don’t want to wait to find out who wins the Power of Veto this week, be sure to check out our Big Brother 24 spoilers. And as always, follow us on Facebook and Twitter so you don’t miss any of our recaps, updates or spoilers!