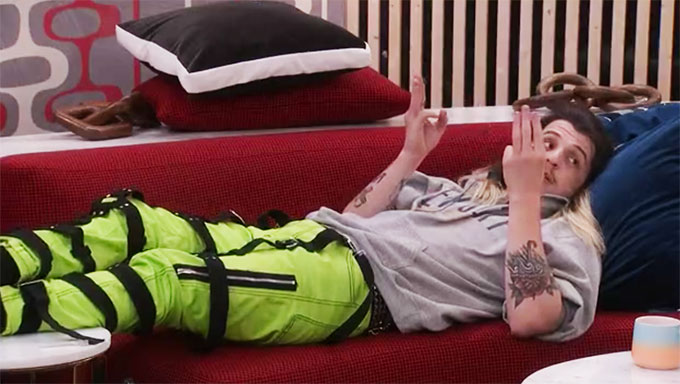 Here we are once again almost ready for another Big Brother 24 eviction. This week it’s Taylor’s HOH and the nominees are Terrance and Indy.

Taylor initially wanted the target to be on Terrance, but then the idea to put up Alyssa came up. But when Kyle refused to use the Power of Veto, the final target landed on Indy. But is everyone on board with that plan? Let’s count the votes and find out.

First of all, these nominations have caused a bit of trouble among the non-Leftovers side of the house. Indy expects to definitely have Alyssa’s and Jasmine’s votes for sure. But as of now, she only has one of those. Alyssa has stated to multiple people she’ll be voting to keep Terrance. Jasmine, however, is struggling with the idea and is more set on voting Terrance out. Indy think she has those two votes, and is hoping to also have Michael’s and Brittany’s and Kyle’s. But she will likely only have one of those, IF even that one. Below I’ll break down the most likely scenario.

Joseph was talking to Taylor about a tie vote and how she could break the tie (all because he doesn’t want to vote out Indy and is thinking about jury management), but with even Alyssa not wanting to vote Terrance out, that tie is not going to happen. So Joseph will have to show his cards to Indy, or show his alliance he’s still playing both sides. So it is possible we see a vote for Terrance from Joseph and Jasmine, but at the end of it all, I think it’s a safe bet to say that Indy will be the first houseguest heading off to jury.

Who do you think will be leaving the Big Brother 24 house this week? Let us know in our poll below.