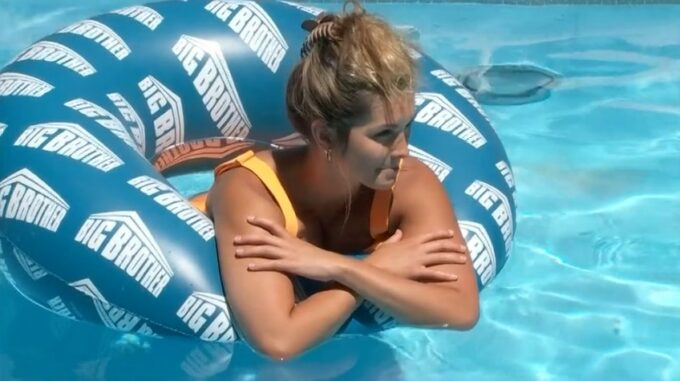 Big Brother 24 is quickly coming to a close as the season hits its third act later this week and all of the remaining Houseguests are eyeing that $750,000 and what they need to do it make it theirs. Yesterday we looked at those end game alliances and who are the best partnerships to make it to finale night, but there’s a difference in a HG that can help you get to the end and one that can all but guarantee you the win.

If you were one of the remaining eight Houseguests on BB24, would you want to stand before the Jury on finale night next to comp records like Michael, Turner, Terrance, Taylor, Monte, or Brittany? Okay, the latter three HGs only have one win each (not counting shared Besties wins), but that’s still more than one other HG. I’m looking at you, Alyssa.

Alyssa has been an island in this game when it comes to strategy and alliances. She’s tagged along with an early few alliances of convenience, but Alyssa has yet to win a comp or be put in a position of power. She’s been wildly lucky though while falling backward into avoiding being seen as a threat and protected by her showmance Kyle who is about to be sent packing for many reasons including his short-sighted, selfish moves that were intended to keep both her and himself safe.

Alyssa getting dragged to the end. Becomes more clear every day. #BB24

So with Kyle off to Jury tomorrow night and Alyssa more isolated in this game than ever, will anyone vote her out? Why would they? Next week I won’t be surprised to see Alyssa and Terrance on the Block together and if it stays that way then it’ll be Terrance out the door. If Terrance comes down then Turner could go up and definitely out over Alyssa.

Alyssa is about to be a very useful tool for pawning because with most of these remaining HGs why would you keep them over her? Michael vs Alyssa? Do you want to lose to Michael or win against Alyssa? Well duh. Now walk that down the line. Is there anyone who will still be there next week that could be so disliked by the Jury that they wouldn’t win against Alyssa? I don’t think so, but we need some Jury House footage to gauge that temperature.

The decision to keep another HG over Alyssa would likely be rooted in trying to keep your ally to help push yourself forward, but as we get closer to the end the HGs may decide it’s time to eject the threat and gamble on getting to F2 on their own. Then when it gets right to the end we may see a decision point on whether you stick together with a close ally over letting Alyssa get close to even the second place prize money. Just don’t Cody yourself to a Derrick, okay HGs?

What would you do? Keep Alyssa as a goat on finale night to secure your win or send her off to Jury and gamble on facing off against bigger threats? Vote now in our poll below and share your thoughts in the Comments Section: