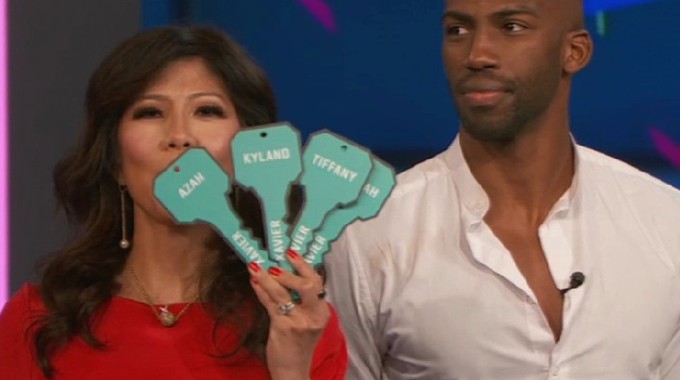 Congratulations to the winner of Big Brother 23, Xavier Prather, on his sweeping victory this week in the season finale. Now he’ll go on to join the ranks for unanimous victors in the series after sitting next to the season’s goat, Derek Frazier, who will happily take home his second-place prize money.

While we’ve had three months to reflect and review the BB23 season as it’s happened this is now our first chance to hear about the experience directly from Xavier. Here’s a collection of his interviews and clips since Wednesday’s Big Brother finale.

Xavier Prather with Rob Has A Podcast – Video Interview:

Xavier Prather with US Weekly and Sharon Tharp:

Us: What did you think of Kyland’s sort of non-apology and doubling down on what he said about your nephew?

XP: With Kyland, I know Kyland’s definitely a thinker, he’s analytical. Ky and I will have a discussion. I think what he said and how it was perceived, I think that’s where we had a little bit of a difference of opinion. But, we’ll have a conversation about that. We’re two grown men. We can sit down, have a conversation about it, be cordial. Kyland’s not someone I feel like I could ever hate, nor do I think Kyland’s a bad person. That’s just how the game goes. Sometimes emotions get hot, but I wish nothing but the best for him. I would never take away from what he did for The Cookout. I wouldn’t be in those two chairs if Kyland hadn’t been a part of this game. And so, nothing bad to say about Kyland. The incident was what it was. We’re going to talk about it and move forward.

EW: I know you made a final two deal with Big D, but I also know you were going to take whomever you thought you had the best chance of beating, so why Big D over Azah beyond just the “We made a deal on day one” or whatever?

Xavier: Truthfully, from a game standpoint, a lot of people have been telling me that no matter who I sat next to, I would win. So at that point, for me, it was really just, you know, Big D’s held me down since day one. That’s my brother for life. He never went against me in the game and I know he was looking out for me just as much as I was looking out for him. So it really just came down to this man has been loyal to me and I wouldn’t rather sit next to anybody else. So that’s why it was Big deal. Azah has been not only a great friend, but a great game ally, but the Big D was who I was rocking with no matter what.

Xavier Prather with Derrick and Cody:

We’ll keep adding more interview articles and videos as we find them for Xavier. Congratulations to the winner of Big Brother 23!