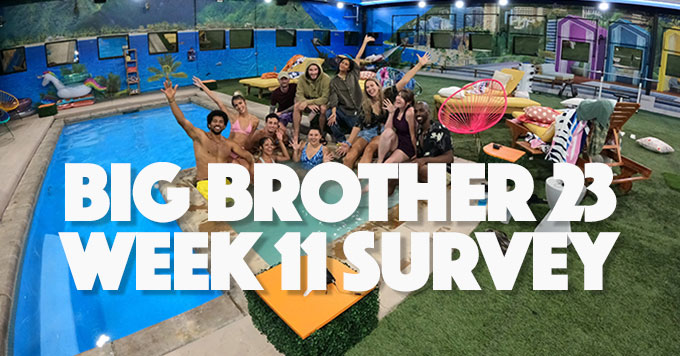 The results are in for our Big Brother 23 Week 11 Survey, and once again it’s Derek X and Xavier topping all the polls.

Derek X maintains the No. 1 spot in both favorite houseguest, and who will be getting the most votes for America’s Favorite Houseguest. In the first poll, he held onto the No. 1 spot with 59.2 percent of the vote. Tiffany came in second with 30 percent with Hannah finishing third with 28.2 percent. Xavier came in fourth but nearly tied with Claire.

At the opposite end of the poll, were the usuals. Brent came in last just behind Travis, Whitney and Frenchie.

As for who is playing the best game, that again went to Xavier with 87.6 percent of the vote. Kyland came in second with 6.2 percent. Azah finished third with 3.6 percent, and Derek F came in last place with 2.6 percent.

And so it should come as no surprise that the Who Should Win poll results were almost identical. Xavier was first with 76.7 percent, Kyland was next with 11.9 percent, and Azah was third with 8.1 percent. Derek F again finished last with 3.2 percent.

It looks like Derek F has really dropped in any kind of popularity or gameplay respect over the past couple of weeks.

And who are the Top 3 for America’s Favorite Houseguest? Well, I already told you that as Derek X. He finished first with 53.3 percent. Tiffany came in second place with 20.1 percent. Claire finished third with 11 percent of the vote.

Do any of these results surprise you? I’m a bit surprised that Xavier is still doing so well in the favorite houesguest polls. He has lost a lot of favor on Twitter the past couple of weeks, so the TV edit must still be doing him a lot of favors with casual viewers.

Be sure to check out the Big Brother 23 Week 11 Survey graphic below so you can see who everyone stacked up this week. 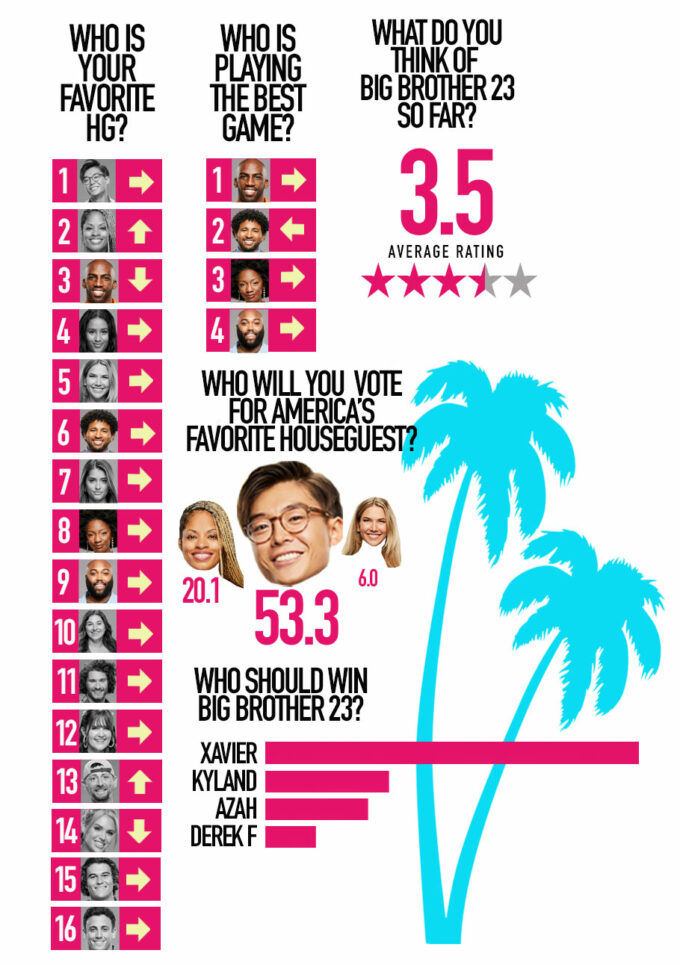