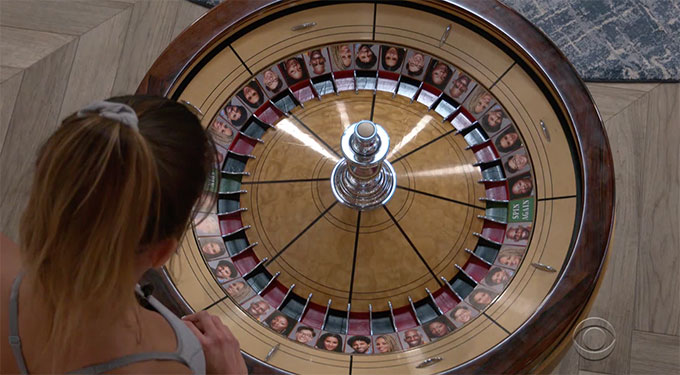 Now that we have officially entered Big Brother 23 Week 8, let’s pause to take a look back at the best and worst moments of Week 7.

As always, these are my picks, based on my opinions and what I pick up from fan reactions on social media. So my best moment may be your worst! So just let us know your top and bottom moments in the comment section below.

Be warned, this week is going to have a lot more worst moments than any other time this season, because a majority of fans are mourning the loss of Derek X this week.

Kyland pulls Sarah Beth’s Strings. Depending on how you look at this one, it could go in either category here. I’m putting it in the best moment because it showed us how much better Kyland is at the game than Sarah Beth. She was ready to go after Alyssa, but Kyland spent the entire night convincing her to nominate Claire, who she had just told us she wanted to work closer with, and Derek X, who is the one person that other people might target over herself. Her moves this week were so laughable I have to put it the best moments column.

The Cookout Women Clock The Cookout Men. OK, so it was really only Tiffany who have clocked the Cookout men, but hopefully Hannah and Azah will see what Tiffany sees. The men think they’re carrying the women, which isn’t at all true. Without the women, the men would have won a couple of competitions and who knows if they’d even still be in the game. Azah was definitely on board with Tiffany when she said the Final 3 should be the two of them with Hannah. Now we just need Hannah to realize that she can’t depend on the men to take her to the end because they’re only going to take each other.

Alyssa Accidentally Nominates Xavier. I laughed a lot when this happened for a couple of reasons. I love when someone is responsible for their closest ally going on the block, or when a twist puts someone’s closest ally on the block while they’re HOH. It’s just good clean fun. And I knew that Xavier was never going home anyway, so it was just funny to watch Alyssa freak out over it.

Derek X Fights For His Life. The first several evictions this season were so bizarre because none of the targets really fought to stay. But from Christian on, they targets have fought their asses off. And Derek X fought just as hard this week. Of course none of that fighting paid off, as it almost never does in modern Big Brother, but it was refreshing to see. It is pretty sad that in modern Big Brother, as soon as the veto is put away, it’s almost always decided who is going home and never changes. Here’s to hoping we get a vote flip again one day.

And that’s it for the best moments of the week. So, needless to say, this might go down as one of the worst weeks of the season, in my opinion. 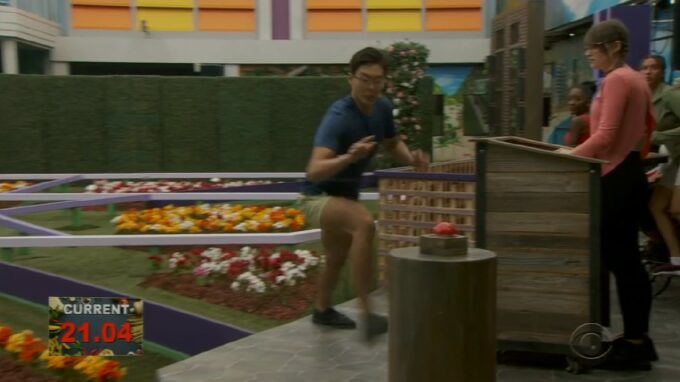 Sarah Beth wins HOH. I don’t have much to say on this because it’s all subjective, but I just didn’t want her to win and look at what happened when she did. We had the worst week of BB23! Again, my opinion. And Derek X was SO close to beating her.

Tiffany Vs. Derek F Edit. As I already wrote, I was NOT a fan of the Tiffany Vs. Derek F edit this week. It wasn’t a truthful look at how it all played out, and now people who don’t watch the Live Feeds have a soured opinion on Tiffany. And I think that is terrible. Tiffany is a strong woman, who has been playing a great game. She’s also very entertaining and social, but her edit hasn’t shown half of those things. So casual viewers see her upset with Derek F (and rightly so!) and suddenly think she’s a bully. It’s a very unfair edit and I am still unhappy over it.

Derek X Doesn’t Play The Roulette Competition. Derek X has no one to blame but himself on this one. Sure Xavier, Kyland and Hannah all played a part in why he didn’t play, but with one of his closest allies Claire on the block, and someone shifty like SB as HOH, he should have played no matter what. And he would have beaten Alyssa in the competition too. She messed up the competition and ended it earlier than she had to, so she would have been easy to beat.

Derek X Doesn’t Get Picked to Play in the Veto. If I was a Sarah Beth fan, these would all be making the Best list. But that’s for another universe.

Derek X Gets Backdoored. I get why the guys wanted Derek X out. It was very smart for their game. And kudos to them for puppeteering SB. But it was so, so dumb for her game. She’ll realize that really soon. Possibly as soon as this week.

What do you think the Best and Worst Moments of Big Brother 23 Week 7 were?