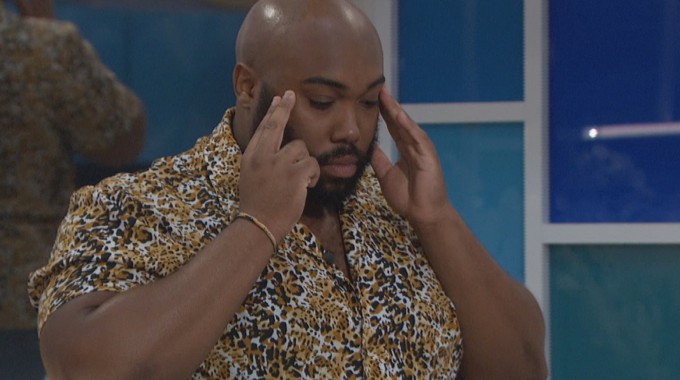 Derek Frazier left the Big Brother 23 house with an extra $75,000 in his pocket thanks to coming in second place in this week’s Big Brother season finale. Derek survived several possible eviction points in the season and thanks to his goat role became an easy choice for all HGs to want him next to them for the super easy win.

Now that the game is over Derek had a chance to reflect on his game and what got him to the end. If you’re expecting any awakenings and realizations that he got to the end for weak play versus superior social domination, then you’re set to be disappointed.

Read on for interview links and video embeds with Derek Frazier, perhaps the most successful of the most unsuccessful HGs in the history of Big Brother. Has anyone achieved more while accomplishing less in this game?

Parade: Let’s start with the way things ended. Were you surprised by how the jury reacted to your answers to their questions, or how the votes ultimately shook out?

Here’s my thing. In the jury questions, I was being me. I said what I needed to say. I think I lost because I didn’t say things in my goodbye messages. Also, I didn’t go to the jury. I had members of the Cookout talking for me as they went to the jury. Because I didn’t explain what I had done, it was hard for the jury to see why I was there. But here’s the thing. I made a final two with Xavier, and my goal was to make it as far as I could. I knew Xavier did a better game; if I had a key, I would have turned it for him! But I was there to get as much as I could. I wanted to be one of those top spots, and I was okay with getting second.

Xavier played a tremendous game, so there’s no shame in losing to that guy. But if you were doing jury math in your head, were there any votes you thought you had that surprised you when you did not get them?

Derek Frazier with Rob Has A Podcast:

Derek may have turned in one of the most disappointing performances in the game, but he managed to convert that into the second biggest win in the season. That’s one way to do it!