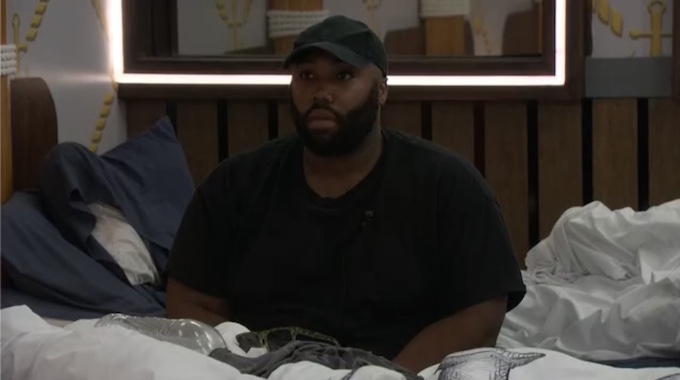 Sunday on the Big Brother 23 live feeds, we got to get a sneak peek of Derek’s Final 2 speech as he practiced it in the Yacht Room. We listened as he highlighted all his amazing game moves and how he deserves to win Big Brother because of them. This isn’t the first time we have heard this delusional claim by Derek this season of Big Brother 2021 either. Read on if you need a good laugh this Monday afternoon.

Derek started practicing his speech at about 2:50 PM BBT on cameras 3 and 4 by saying that that he has played the best game out of all of the houseguest thus far. He says that the reason for saying that is simple, he put together six people and made the best alliance and most successful alliance ever. He also mentioned that once he knew that he wasn’t going to be able to win any competitions, so he made a final two deal with a big competitor (Xavier). He added that he also knew that he would have to take out a big competitor in this game and as soon as he had the power, he did (Kyland)

He also talked about how he has always made it clear to everyone in the house that no one would be safe with him, no matter how great of a relationship they had. He adds that his strong social game is what kept him safe while he was on the block three times. He mentions that the first time he was on the block, he volunteered to prove to his fellow Cookout members that he was a leader and would be willing to go up just like everyone else. He added that while he was on the block one of the other two times, someone from outside of his alliance was willing to take him down, which says a lot about his social game. Meanwhile, he was the only one in the Cookout that didn’t have a duo partner in the master plan that Tiffany came up with.

During one of his other rehearsals, he added that he kept telling everyone that he was a threat and all they did was laugh in his face. Now he’s sitting in F2 and they are sitting in Jury. I’m not sure that insulting the other HGs is the route to go, but we will see where that takes him if it makes it into his final speech on Wednesday night.

What do you think about Derek’s F2 speech? Is there anything you would add?