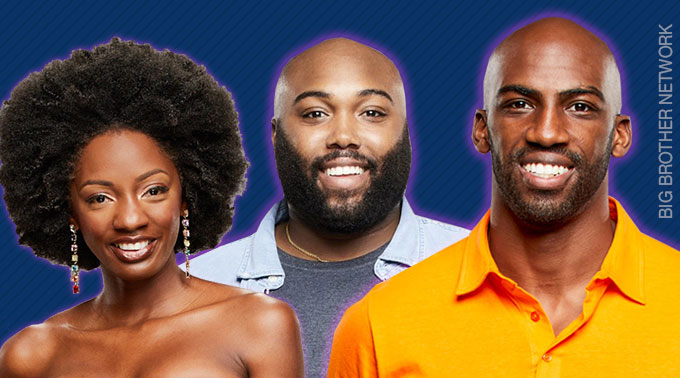 The Big Brother 23 Final 3 are in place, and one of them will become the next winner of Big Brother. Will it be Azah, Derek or Xavier?

If I were a betting man, I think it’s safe to say that the choices will more than likely actually be between Xavier and Azah. If you haven’t been following along with our spoilers, then you might not know that Xavier won Part 1 of the Final Head of Household and Azah won Part 2. That means the winner of Part 3 would have to take Derek to the Final 2 for him to have a shot. And that’s more likely than not to happen, considering sitting next to Derek is the best choice for both Azah and Xavier. But has Derek soured Azah too much to take him? That’s currently up in the air. Regardless, we are taking a look at all three of the finalists and analyzing their stats and whether or not they could and should win the game. 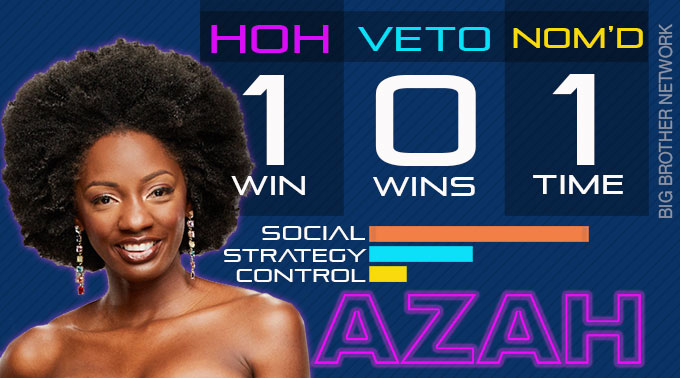 Azah finds herself in the Big Brother 23 Final 3 after laying low all season. Some people are saying she didn’t play the game, but let’s be real, if you’re in that house, you’re playing the game in some form. So don’t discount her. She has played a very upfront and honest game, and admits her shortcomings (which is more than you can say about Derek).

Does Azah Deserve to Win Big Brother 23? There was definitely a time, just a few weeks ago, when my answer would have been no. Absolutely not, even. But I’ve changed my mind a bit in the past week or two. Would Azah be a top tier winner? No. Not at all. But to say she doesn’t deserve to win because she laid low, wasn’t a threat and cooked her way to the final 3 would discount other past winners who used similar strategies. Some might say that wasn’t an actual strategy, and she just didn’t do anything, but Azah thought about the game. She realized what was and wasn’t working for her, and went with it, and here we are.

I also thought her targeting Hannah during the double eviction when she was HOH was a bad idea. But now I realize, that Hannah going out after Tiffany, actually created a slightly better path for Azah to win. Had the final 3 been Tiffany, Hannah and Azah, Azah gets second or third every time. But with this current Final 3, Azah has one shot at winning, and that’s if she’s sitting next to Derek. Which leads me to the next question.

Can Azah Win Big Brother 23? Yes. But I think only if she’s sitting next to Derek. One of the biggest reasons would be that she has just cut Xavier in this scenario. And that’s the biggest move of the season. Just like Steve cutting Vanessa in Big Brother 17, that would earn her the win alone. Not to mention, her resume is better than Derek’s. I just can’t imagine Derek winning sitting next to anyone. I guess there’s still a SLIGHT chance Azah wins next to Xavier, but I really doubt that. The jury could see how honest she was, and see she did in fact align with the right people at the end. 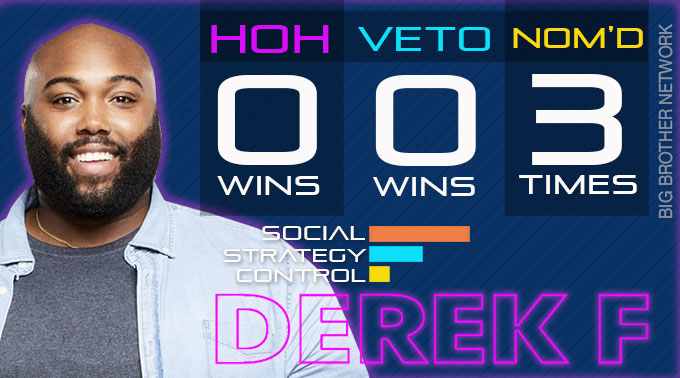 I’m not sure how Derek got to the Final 3. To hear him tell it, he was always getting there, and is the one that dragged Xavier and Azah with him. He thinks very highly of his game, and while I appreciate confidence, I’m not a fan of arrogance and the lack of self-awareness.

Does Derek Deserve to Win Big Brother 23? As I’ve always said, saying someone doesn’t deserve to win this game is a harsh and unfair judgment. It can be said that if you get to the end and you win, then you deserve it. You did something right, even if we don’t respect it or appreciate it. That being said, there have been many people in that final 2 that I would be hard pressed to use the word “deserve” next to their name. So to me, Derek would probably be the hardest to justify a win — even harder than Liz and GinaMaire.

Can Derek Win Big Brother 23? I don’t think so. I don’t think the jury respects Derek much as it is, and as soon as he starts taking credit for The Cookout, they’re going to know he’s trying to steal the credit from Tiffany. I can’t even imagine him getting a single vote, really. I guess Kyland might vote for him instead of Xavier, based on Kyland’s exit, but other than that I just don’t see how Derek could possibly win against either of the other Final 3. 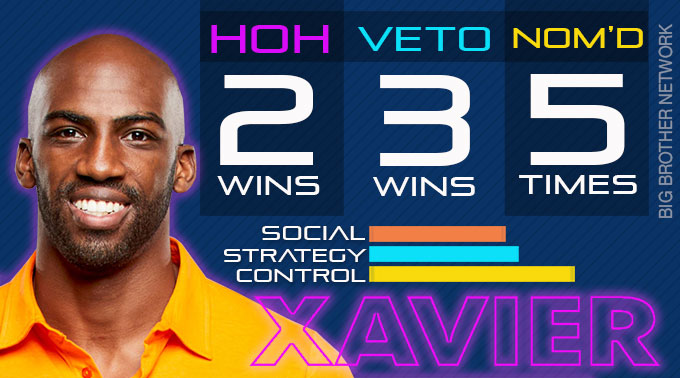 It’s been clear for some time now that Xavier would be in the Final 3. And he’s more than likely going to be in the Final 2 unless Azah wins Part 3 and decides to cut him. But even that is sounding like it might not happen after the way Derek has treated and discounted Azah the past week.

Does Xavier Deserve to Win Big Brother 23? Absolutely. My pick to win the season was Tiffany, but if not her, then I have thought it should be Xavier. I’m seeing a lot of people on social media saying Xavier wouldn’t be a good winner, suggesting he of all people doesn’t deserve the win. And I think that is absurd. You can prefer that he doesn’t win, but to suggest he doesn’t deserve to win makes so sense to me. Xavier really was the glue that held that alliance together. Tiffany might have been the mastermind, but she had a hard time getting along with multiple members. Xavier was always there to reel her, and anyone else who was looking beyond the mission back in. And do I think Xavier was the most committed to the Cookout? Absolutely not. I think if he had his way, he’d be in this Final 3 with Alyssa and Derek. Or maybe not even Derek, but one of the other Kings. But that’s all neither her nor there. My point is, of this Final 3, and looking at game stats, Xavier is clearly the most “deserving” if we must insist on using that word.

Can Xavier Win Big Brother 23? Definitely. He definitely beats Derek, and I think he most likely beats Azah. I am only giving this a bit of pause when it comes to Azah, because the women in the jury have really said how much they’d like a woman to win. I’m not trying to sound like Derek here, and suggest the women in the jury will vote based on gender, but I think they’ll be more willing to listen to Azah plead her case, and could really appreciate how honest she was all season. And she was very good socially, so that could really help her out.

Who do you think played the best game and who should and can win Big Brother 23?