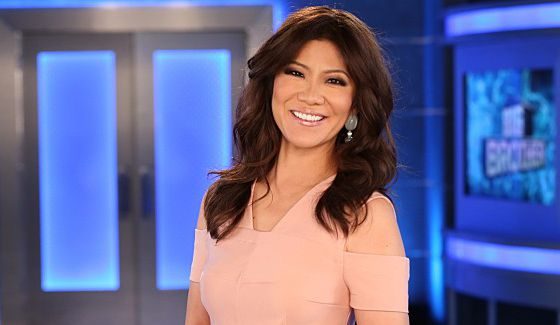 Here we go! Big Brother 23 launches tonight with a 90-minute premiere on CBS and we’re about to cover all the fun of a new season with 16 all-new Houseguests along for the ride. We’ll see how the move-in goes, who wins the captains & teams twist, and who could face danger first this season.

Julie Chen is back, of course, and she’s about to take us on our inaugural tour of the HGs summer abode (see the full tour gallery here). From there the HGs will arrive at the front of the studio to head inside and see who they’ll be facing off against for the half-million dollars. Let’s do it!

Stick around here for our live coverage throughout the episode starting at 8PM ET and chat with other fans below in the comments section. The season is back and so is our non-stop coverage of Big Brother 23 all summer!

We’re meeting the first group that is heading inside: Derek F. Xavier, Frenchie, and Travis. NOTE: Derek F. is the first in the door. The first four HGs head inside and then to the backyard and have to recreate a poster using layered images. Pretty neat. 5 pieces of plexiglass to sort and arrange just like the original. Frenchie wins Group 1! He’s the first captain and will pick his team later. Frenchie will also be eligible to compete for HOH coming up.

Now we’re meeting Alyssa, Azah, Britini, and Whitney. They head inside and it’s time for the same competition again. Gotta arrange 5 sheets of plexi into the right arrangement of the displayed poster. New poster, different from the first group’s challenge, but still the same idea. Whitney wins Group 2!

Let’s meet Brent, Kyland, Christian, and Derek X. They’ve got another design to assemble and we can see the previous groups watching from a backyard balcony. That’s new! Christian pulls off the win for Group 3.

The remaining HGs are Hannah, Claire, and Tiffany, and Sarah. One last design to recreate and the HGs are racing. Claire wins Group 4!

That sets our captains as Frenchie, Whitney, Christian, and Claire. Julie reveals the first big twist of the season is coming up next. HGs aren’t too excited as they sound pretty nervous about teams being drafted. Julie reveals the team names are Jokers (Frenchie), Aces (Whitney), Kings (Christian), and Queens (Claire).

Now for another twist. Julie offers Frenchie and his team TWO weeks of safety but he has to roll some giant dice to land on a table within 45 seconds. If he fails they lose safety and he loses HOH. No way would I take that offer. What will Frenchie decide?

Frenchie says NO! Julie asks him to play the game anyway just to see… sure enough, Frenchie would have just barely pulled it off for two weeks’ safety, but it doesn’t matter. He’ll remain HOH and his team gets safety this week on BB23.

Feeds start TONIGHT! Sign-up now for the Free Trial and be ready to watch. Sunday night will deliver the second episode of the season starting at 8/7c and then it’ll be Sundays, Wednesdays, and Thursdays at 8/7c, at least for now. Grab your Free Trial now and be ready!

Want even more Big Brother 23 spoilers, updates, and news? Download our Big Brother App, join us on Facebook & Twitter, and get our Email Updates for constant coverage all summer.