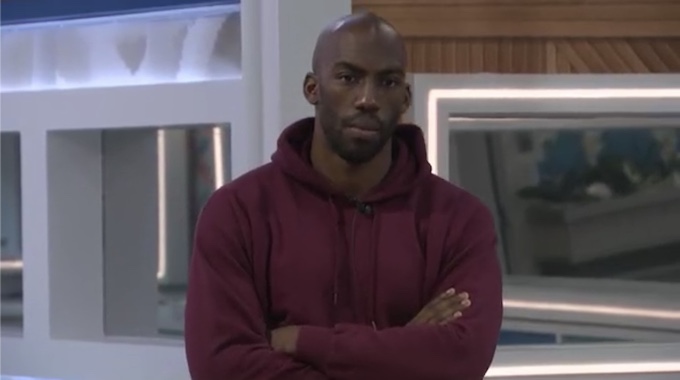 The second Big Brother 23 Double Eviction is upon us, and since we have some time to kill while the Live Feeds are down, let’s run some possible scenarios.

First, let’s go ahead and call it that Tiffany will be the first one evicted, so she’s out of any of these scenarios. OK, let’s take a look. And we’ll start with Hannah winning HOH, because let’s face it, that will be the most exciting outcome tonight.

Hannah would nominate Xavier and Kyland. She has explicitly said this. If either of them win the Power of Veto, she would put up Derek. That would ensure that Hannah would be the one to break a tie, because Azah won’t vote to evict Derek. So I would say whoever doesn’t win the veto would go out. But if the veto isn’t used, I expect Kyland to go out over Xavier. I think Azah and Derek would be split on the vote, but I think I’ve heard Hannah say many times before she would take Xavier to Final 3. So even though Xavier is the clear frontrunner of this season, he will probably not be going home in this scenario.

If Azah wins HOH, I think she puts up Kyland and Hannah. I would love to say she would be on Hannah’s side, but we saw on the Live Feeds that Azah chose to run with the men over the women. And with Tiffany out, the women are outnumbered now anyway, so there’s no way Azah won’t target Hannah. So if Hannah doesn’t win the veto in this scenario, she’s out. If she does win the veto, Azah will be forced to nominate Xavier next to Kyland. And in this scenario, I think Kyland goes. The vote would be split between Hannah and Derek, and Azah would break the tie to send Kyland out.

I’m doing these two together because I think the outcome will be exactly the same. They nominate Hannah and Azah. If the veto isn’t used or is used on Azah, Hannah goes. If Hannah wins the veto, one of the other guys goes up next to Azah, and Azah goes. This is why Azah choosing the men was a horrible idea. But here we are.

So as you can see, Xavier is sitting pretty. Just like Claire said. Just like Tiffany said. Why they’re all just letting him get to the end to win is beyond me.

Of course these scenarios aren’t iron clad. Maybe they will wakeup on Xavier if given the chance, but I’m feeling more like it is he who definitely won’t be leaving tonight.

Who do you think will be the second person to leave the Big Brother 23 house tonight?