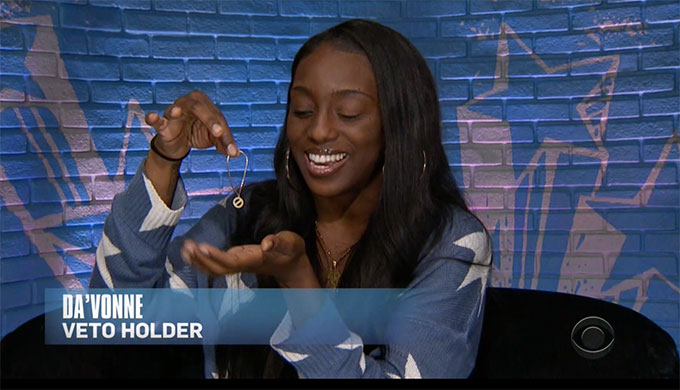 Big Brother 22 was set to be a superfan’s dream. A second All-Stars season at a time when we were unsure when we’d see our summer show again? Our hopes were higher than they’ve been in a long time. But week after week, fans grew more and more disappointed. Fan favorites were evicted week after week, some past favorites soured their fanbases, and one boring alliance steamrolled the season.

It was just hard to enjoy this season. But Big Brother is in our blood, and complaining about it is all part of the fun – even if this season came with some extra complaints. I’m not sure where I’m going to rank this season overall, but it will be right up there with Big Brother 21 as one of my least favorites. And that’s sad. Back-t0-back bad seasons are hard to deal with. But here’s to hoping next season will give us something to make up for the past two.

Usually at the end of the season, I write up a best and worst moments post. But since the season had so many unlikable moments, I decided to just rank the top moments. I’m not even going to make the stretch and say they’re the “best” moments because that feels too generous. The following are just the top moments (and of course they’re my top moments – feel free too share yours in our comments section).

10. The Triple Eviction. The outcome could have been better, but I liked the idea of three evictions in one night. It was action-packed and did give us a couple of fun moments like Nicole being put on the block twice and Dani shading Christmas on the way out the door after she was the third evicted that night.

9. Dr Will shows up. OK, so it was kind of pointless, but it was nice to see Dr. Will at least place a small part in the All-Stars season. With Covid-19, I wasn’t sure we’d see any guests this season. The Neighbor’s Week twist was silly and amounted to nothing, but Dr. Will is always welcome on my TV screen.

8. David’s Disruptor Power. I’m not saying the usage of that power was a top moment, but the fact that he tried to play it off that someone else won the power and used it on him was hilarious. No one was ever going to believe that someone would secretly use that power on him. Such a funny moment.

7. Julie tells Nicole A. Janelle and Kaysar were on her side. It was so hard to watch Nicole A. play this season after rooting for her in Big Brother 21. She was so unlikable this time around with the way she treated Kaysar and Janelle. And her popularity fell quickly because of that. She went from America’s Favorite Houseguest to the bottom 5 of our popularity poll. But Julie let her know that she was all wrong about Janelle and Kaysar and that was very pleasing to me. I mean what kind of fan of this show would ever think Kaysar and Janelle aren’t loyal players?

6. Nicole F. learns she might have messed up. I don’t really like the fact that production clearly told some of the HGs that they were catching heat on the outside for how they were treating Ian, but a part of me was happy to see Nicole sweat over it. If you don’t know what I’m talking about, let me explain. Nicole F claimed that Ian was her guy. Remember when she fake-cried while evicting him? Well, a little earlier in the season, she hysterically laughed at Memphis mocking Ian’s autism. It was so cringe-worthy that Nicole even lost some of her social media “influencer” sponsors. She isn’t aware of that yet, but you could tell that production warned some of them about their actions. Nicole will be shocked to find out just how bad people reacted to her behavior this season when she gets out of that house.

5. Da’Vonne and Bayleigh vs. Christmas. I know that Da’Vonne didn’t want to get heated this season, but when you’re in a house with someone as irritating and bad at Big Brother as Christmas, you kind of just have to. I was happy to see the two of them didn’t let Christmas get away with her absurd excuse for nominating them. For the record, Day and Bay won that war.

4. Kaysar wins the Safety Suite competition. Despite what Cody said afterwards, he had his sights week one on Kaysar and Janelle. Cody mostly likely came into the game with a hitlist, and one or both of them were at the top. But when Kaysar wisely played and won the safety competition, Cody had to shift his sights. Sadly, Keesha was the casualty in week 1. And sadly, Janelle wasted her safety suite pass as well, which was possibly her biggest downfall of the season.

3. Janelle vs. Nicole F. We didn’t see a good old-fashioned blowout like Big Brother 6 Janelle would have given us, but the Janelle vs. Nicole narrative was quite enjoyable. Nicole got a little taste of the Janelle so many of us have loved for years, but she’s older now and knew that she had to keep herself reigned in a bit to try to save her game. Here’s to hoping there’s a nice post-season battle on social media to enjoy.

2. Da’Vonne wins the Power of Veto. Da’Vonne won her first-ever Big Brother competition this season. And at that point, she was one of the few underdogs left to root for. It was definitely a top moment for fans who were tired of watching The Committee alliance rule the game. I won’t get into how her using the veto probably didn’t do her any favors, but she did what she thought was best for her game and fans were so proud of her.

1. Old school players revealed. Nothing was better than the first night when we saw Janelle, Kaysar, Dani, Keesha, and Memphis. And even Enzo and Ian felt old-school compared to recent casts. This cast was stacked with a great cast, and we had such high hopes. But as soon as Keesha was the first boot, things really went downhill.