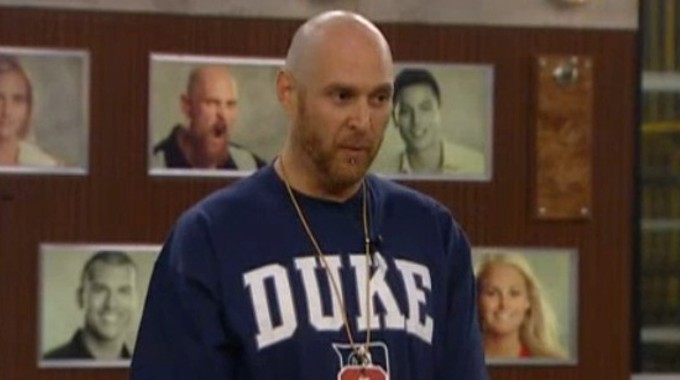 It was a sloooooooooooooooooooow week inside the Big Brother house – as another Committee member won HoH and nominated (shocker!) Kevin & David. The drama we were expecting Dr. Will to deliver at the beginning of the week did not come through until Tuesday. And when it did – it only fizzled the blindside of the Triple Eviction planned for tonight. This season has been so 2020 – yet we still love this show and continue to watch.

The number of Big Brother 22 houseguests will go from 9 to 6 by the end of the night – and the Committee (plus Enzo) will need to start turning on each other – so fireworks are expected. BUT FIRST – let’s take a look back at the week that was and see who gets bacon – who gets tofu – and who ends up as the Tofurkey of the Week for All-Stars 2.

Cody Calafiore – 5 strips of Bacon – HoH and VETO in the same week usually gets rewarded by 5 strips of Bacon on these rankings. So far this season – we have seen Memphis get 4 strips of Tofu Week 2 & Christmas end up as the Tofurkey of the Week in week 5, but Cody was much smarter – played it cool – and is walking out of his 2nd HoH week without making waves. Barring a last-second flip to keep Kevin (not happening) Cody has no enemies… yet.

Enzo Palumbo – 4 strips of Bacon – who knew Enzo would be the strategic mastermind of the season? Ok – he’s not really – but he’s doing the best job of anyone left in the game of staying off people’s radars. He was not able to win OTEV for the 2nd time – it would have been amazing if he did and actually followed through on his DR threats to use it. I think it may have been all talk as it would have really pissed off Cody. So let’s see if he ends up winning HoH or Veto and has to be the first one to take a shot at the big alliance.

Tyler Cripsen – 3 strips of Bacon – remember when Tyler was trying to go home? Remember when Dani had Tyler as her #1 target? Remember when Tyler won Veto last week and showed how good of a competitor he is? Apparently – no one in the house remembers and he has blended into the background very well this week. He did lie to Dani saying he doesn’t have any Final 2 deals when he has a bunch of them – but he’s not frustrating players like he did on BB20 – so a few wins down the stretch may yield a different outcome.

Memphis Garrett – 2 strips of Bacon – while the cracks are forming all over the Committee (plus Enzo) – Memphis is not in anyone’s crosshairs – but could be collateral damage in the triple eviction tonight. He’s solid with Enzo & Christmas, but not so much with Dani & Nicole. Cody cannot play the HoH – and who knows where Memphis stands with Tyler. David could come after him, but after the plan to backdoor him never happened and as of now is still a secret. However, as the numbers dwindle there are not too many places to hide.

Christmas Abbott – 1 strip of Bacon – I am starting to come around on Christmas as a player – she is good at getting people to tell her information – and giving some back to benefit her game. She took the news that Dani was coming after her pretty well (by Christmas’ standards). I have joked that the 2 HoH wins in her BB career have been by doing absolutely nothing, but we are going to see a fierce competitor tonight who NEEDS to win to ensure her safety and fire the first shot at her alliance.

Nicole Franzel – 1 strip of Bacon & 1 strip of Tofu – I was so happy to see Nicole finally FINALLY realizing that Dani was using her. Dani’s game is so transparent (more below) – so Nicole turning on her and being vocal about it to others looks like it is helping her. BUT…. as Nicole does…. she started feeling bad that she spilled her guts to Christmas – and now finds herself in another lie that she will not be able to get herself out of.

Dani Donato – 3 strips of Tofu (actually 4) – as I mentioned above – Dani is so transparent in her motives that it has everyone ready to cut her. Unless she can pull out a HoH or VETO win tonight – expect her to be sent packing. If so – I guarantee the first thing she tells Julie is how dumb it was to get rid of her and how annoying it’s been all season. The constant griping about EVERYTHING is not going over well inside or outside of the house. I will also throw another strip of Tofu at her for complaining that the Slip – N – Slide competition is not fair because it caters to guys with long legs… what about the Wall Comp that caters to smaller people??

David Alexander – 5 strips of Tofu – 10K vs 500K? Just when we thought David was starting to get a clue about the game – he pulled the ultimate blunder. While it ultimately did not change the target from Kevin to him, it sure did rub everyone the wrong way. He should have said he would give the 10K to the person that saved him a few weeks ago. At least that would have been funny.

That leads us to the Tofurkey of the Week – and yep – it’s Kevin Campbell again. I could have given it to David for his blunder – but Kevin has just been in a funk all season and has never been able to get his way out of it. His doom & gloom mood and tone is not going to be missed inside or outside of the house. That is why no one wanted to work with him in the first place. He should have been sent home week 1 and has been on borrowed time since.

There are still 4 weeks left of this grueling season – but with the big alliance needing to turn on each other – the drama may finally start. Will it be enough to save this season from being one of the worst ones ever? Hopefully – but it’s 2020 and we cannot get what we want.

My question of the week is – what was your favorite OTEV of all time? Mine of course was the Sweet Tooth Shark from Season 13 because… I WON it! Followed up by Season 16 – the Pissed off Penguin because it was voiced by Gilbert Gottfried.