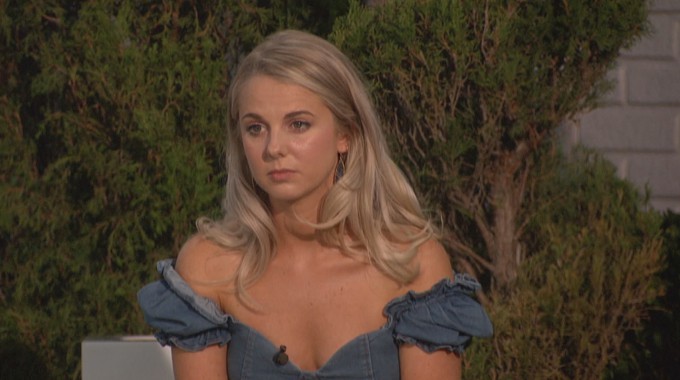 Our next look at the Big Brother 22 Final 3’s comparisons for “Better Or Worse This Season” is Nicole Franzel, the winner of season 18, who is back for her third round with the latest All-Stars season of Big Brother. She’s had a few tries and a 50-50 record so far with potentially being just the second former winner to make it back to that F2 spotlight. Could she be the first to win it all twice?

Going back to her first appearance in Big Brother 16, the season that belonged to Derrick, Nicole played a supporting role for both Cody and Derrick and had an interesting run as a Battle Back winner after her first eviction, but it wasn’t enough and she found herself evicted a second time after a misstep of telling Derrick he reminded her of Dan. She was more useful for Derrick at that point as a vote in Jury than in the house sharing those thoughts with others!

Nicole did have three HOH wins that season, keep in mind it was a situation with the Battle of the Block and double the opportunities to win HOH each week, but still HOH wins on her resume all the same.

Since showmances are a staple of Nicole’s game, it’s worth noting the BB16 season was spent coupled with Hayden Voss.

Moving ahead to BB18 brought a stronger result with her victory over Paul in his first time of getting to the end and being narrowly defeated. That season Nicole won two HOHs and two Vetoes, so a heavier resume this time around. Her HOH wins were in the first week separated by nine weeks of hanging out in bed and laying low until her second win in Week 10. It was a very quiet game for her the second trip and this one was spent with Corey Brooks. Later she’d go on to get engaged to another BB18 HG, Victor Arroyo.

Nicole managed to get Paul to take her to the F2 finale over James after she lost R3 and that was a huge mistake for Paul as she beat him 5-4 as the first time for BBUS that a woman defeated a man on finale night. Paul wasn’t well-liked by enough of the Jury and it’s been suggested that the opportunity to crown a woman over a man helped put her over the edge for the victory that season.

Will third time be the second charm for Nicole? This former winner of the BB18 season has found her way to the final stages of the Big Brother 22 season with a similar but different approach. There have been no showmances this time, a first for Nicole, and yet her close ties to a strong male, Cody Calafiore, in the game has rewarded her well.

This time around Nicole has had just one HOH win in Week 10 and the same for her solo Veto win. Comp wise she has also won the first round of the final HOH so far, beating out Cody and Enzo in an endurance comp, so that’s something to be proud of when I would have placed my bets on Cody for that one.

Sticking to her Day 0 alliance with her fellow BB16 HG Cody has paid off as they look positioned to get each other to the end especially after an incredibly close call in the Triple Eviction where Enzo’s loyalty to Cody influenced him to vote out David over Nicole. I imagine Enzo is going to be regretting that move for a long time.

If Nicole wants to beat out her BB18 performance she obviously has to win here on BB22 and a victory in R3 could make that case even stronger compared to her losing out in the R3 last time and needing to talk her way into F2. We’re days away from seeing how that turns out.

Verdict: Nicole is close to her BB18 performance but it’s still too early to see if she can do better this time around. It’s definitely been a different game for Nicole this time without the showmance but just as expected after last time, Nicole laid low until the end and has won when she needed to. Can she convince the Jury she outperformed Cody this year? That’ll be tough. Enzo would be an easier win for her, but you never know how the Jury will weigh the idea of making her the first 2x winner of Big Brother.

What do you think of Nicole’s game this time around? Better or worse than her previous appearances? And has she earned the mantle of first-ever double winner of BB? Share your thoughts below.