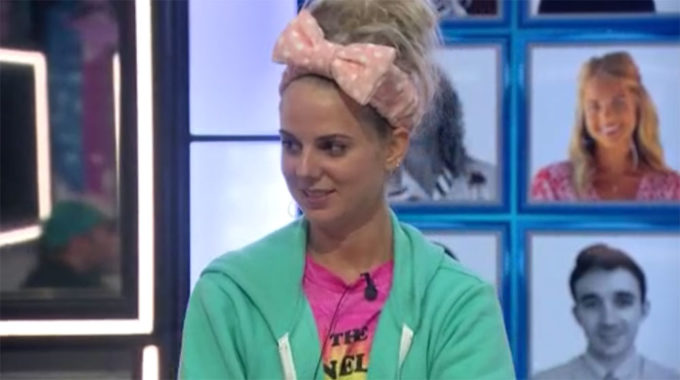 It was a mother quiet day in the Big Brother 22 house, which we’ve all come to expect when we’re down to the Final 3. In between the past few competitions, there’s just little to talk about because everyone seems to know what they’re going to do if they win the Final HOH. So, needless to say, Cody, Nicole and Enzo spent most of the day eating, napping and playing backgammon.

10:50 AM BBT – Nicole and Cody are talking in the bathroom about Enzo and how he was upset that Nicole stayed. Nicole says that Christmas would have won that comp, but Cody says it doesn’t matter because he would have felt like he was in a good spot. Cody mentions that Enzo doesn’t know that Nicole is going to cut Cody anyway so she should promise him, but Nicole says that she isn’t going to promise him F2 and then cut him.

11:35 AM BBT – Enzo and Nicole are talking about the comp Thursday night. He talks about how horrible he did and says that when he fell, the first thing he thought was that he needed to come up with an excuse for the DR.

12:00 PM BBT – Nicole and Enzo are talking about how much they liked Dani and Nicole mentioned that they are really good friends outside of the house. They agreed that they needed to get rid of her because everyone in the house was talking about her. Enzo adds that he didn’t trust her anymore.

12:31 PM BBT – Enzo tells Nicole that David rubbed him the wrong way when he went for the money instead of the POV when he was on the block. He also mentioned how David ran out of the house when he was evicted. Nicole says everyone who was evicted that night did.

12:45 PM BBT – Nicole and Enzo have been talking about Halloween and Enzo tells her about the time he ended up in Las Vegas for Halloween. Talks turn to Nicole’s trip to Vegas for her 21st birthday.

1:05 PM BBT – Cody, Enzo, and Nicole are all sitting around the table talking about Thursday night’s comp and how Nicole kept missing the moon, but Cody and Enzo kept slamming into it.

2:10 PM BBT – Nicole has gone to lay down. Cody is cleaning the kitchen.

2:45 PM BBT – Nicole is sleeping, Cody is playing backgammon alone in the kitchen.

7:58 PM BBT – Cody says something is going on outside. They must be building something for Part 2 of the final HOH. They say their past seasons, part 2 was at night.

7:00 PM BBT – Cody and Nicole just ate some more food. Cody says he can’t believe he ate that much food.  Nicole says she has to stop herself from going back to bed so she’s not up at night by herself.

7:20 PM BBT – Cody and Nicole decide to play backgammon. Enzo is still in the bedroom by himself.

8:42 PM BBT – Nicole is called to the storage room where she finds donuts for the HGs.

11:00 PM BBT – F3 are still enjoying their donuts while discussing all the Jurors they’ve wronged this season in a battle of “take me to F2, no one likes me.”

11:15 PM BBT – Cody suspects he and Enzo are the season’s villains.

11:45 PM BBT – Cody has planted himself in the kitchen to study the memwall.

11:55 PM BBT – Nicole heads to bed and comments to the camera that she’s glad she doesn’t have to study anymore.

It’s down to the waiting game for the HGs and the second round of the Final HOH. Cody and Enzo will be battling it out for that second spot in R3 and we’re expecting that comp on Saturday. In the meantime, they’ll be nervously fidgeting until they know what’s next.