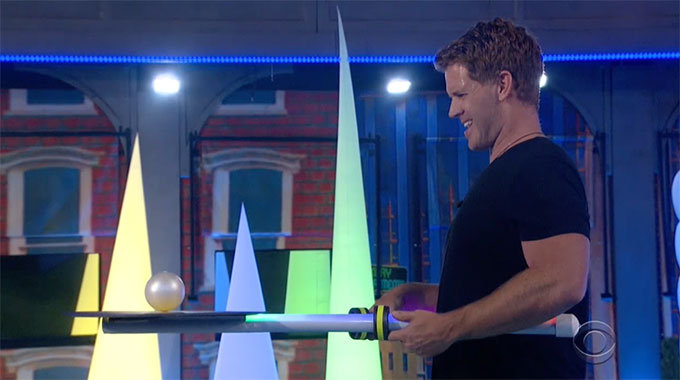 The curse of the Big Brother Week 2 Head of Household seems to live on. Memphis has found himself sitting in the lopsided middle of the Big Brother 22 house. One half, consisting of his six-person alliance wants him to backdoor Janelle or Kaysar, and the other half, which is really just Kaysar and Janelle, want him to backdoor Nicole F. And he doesn’t want to do either of those things. So, needless to say, Memphis has found himself in quite the position.

Wednesday night’s episode of Big Brother All-Stars picks up right after the nomination ceremony. Memphis lets us know that Nicole A went on the block because she’s the only one left with a Safety Suite pass that he’s not working with. So that makes her a huge threat, he says. And David went up because he’s a rookie.

As for the nominees, Nicole A is wondering if she’s really bad at this game, and David is angry and ready to channel his heat in the veto competition. Those are both pretty understandable reactions, considering the situation.

But what about the other houseguest? Dani and Tyler are really upset with Memphis, despite being in an alliance with him. Tyler vows to help David out this week and keep him in the house. Dani just thinks he’s a moron.

Meanwhile, Janelle tries to comport Nicole A and lets us know that she adores her, and her leaving would be horrible for her game. Janelle tells Nicole A that this is a great time for a backdoor, so focus on the veto.

With that in mind, Kaysar and Janelle head to the HOH room to check in with Memphis. They let him know they had no idea what he was doing with nominations and still don’t understand his plan. Memphis explains to them what he was thinking and none of it really makes sense. Memphis tells Janelle he doesn’t even care who goes home this week. So Janelle gets to work getting a bigger target on his radar.

Janelle first throws out Nicole F’s name. She tells Memphis that she has a lot of allies and has already won the game. Memphis, who is in an alliance with Nicole F, deflects immediately. That’s kind of pushed aside for now. But Memphis lets Cody know that Janelle and Kaysar have figured out four of six members of their alliance. So now Memphis has Cody in his ear pushing for a Janelle or Kaysar backdoor. 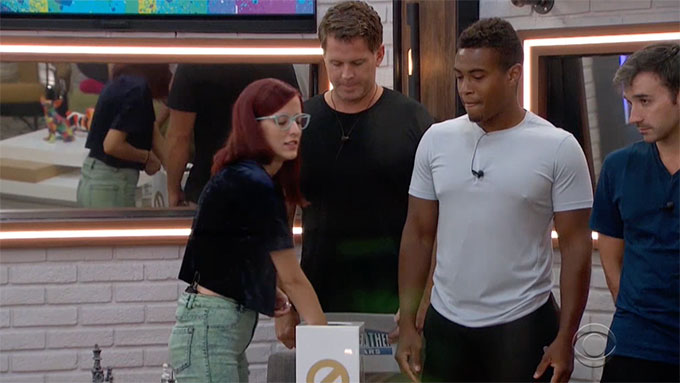 But before anything can be done, the veto has to be played. And before that can happen, players have to be picked. Joining Memphis, Nicole A and David are Ian, Tyler and Nicole F.

Before the veto, it’s time to check out Ian’s punishment for being Christmas’s plus one for safety, He has to put on a “BB All-Stars Wars” costume and has to “audition” for a role in the tacky fake movie every time Big Brother tells him to.

OK, back to this game of Big Brother All-Stars. Memphis lets Nicole F know that Janelle mentioned her as a backdoor plan. Nicole F immediately thinks it’s personal and doesn’t understand why Janelle doesn’t like her. And if you’re paying attention to the Live Feeds, you’ll know this is nothing new and that Nicole F has been talking non-stop about Janelle not liking her since about Day 2.

And then Memphis lets his alliance knows he’s not really interested in backdooring Janelle or Kaysar anymore than he is willing to backdoor Nicole F. And they aren’t very happy about that. Tyler vows to win the Power of Veto so Memphis is forced to show his cards. So let’s get to the completion and find out what happens. 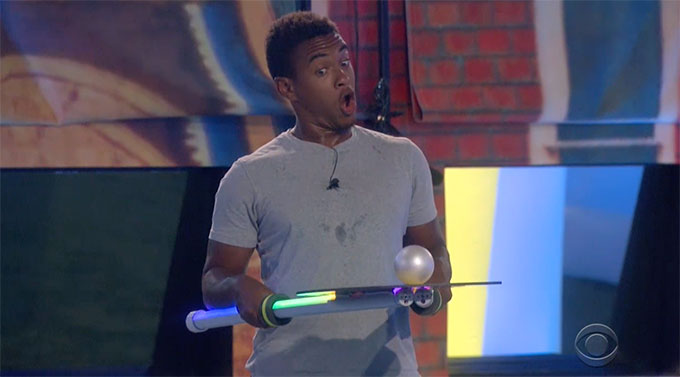 For this competition, the players just have to balance a ball on paddle. The last person standing wins the Power of Veto. Nicole A is the first out. Nicole F is the second to drop her ball. Ian is out next followed by David. That leaves Tyler and Memphis. And Tyler drops his ball after failing to recover from a stumble. Memphis wins the Power of Veto!

It doesn’t take Dani and Cody long to start pressuring Memphis to use the veto and backdoor Janelle or Kaysar. But it just doesn’t benefit Memphis himself. It benefits his alliance, but Memphis knows he’s good with Janelle and Kaysar. If they win HOH, he’s completely safe. But his alliance isn’t happy with this, and his days in that group are likely numbered.

So, to no one’s surprise, Memphis decides not to use the Power of Veto. Nicole A and David remain the nominees and one of them will be evicted Thursday night. 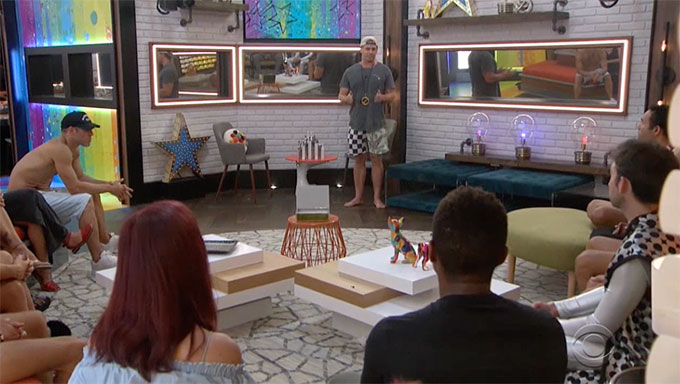