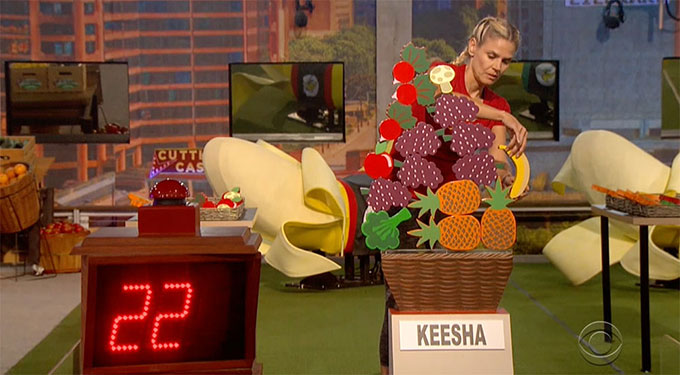 It was Power of Veto night, but the focus of Wednesday night’s episode was on the Big Brother 22 All-Stars forming alliances and making deals. Some people are dipping their toes in more than others (cough, Tyler and Nicole F, cough).

The episode picked up after the nomination ceremony. Cody lets us know that h nominate Keesha and Kevin because he doesn’t have a relationship with them. Nicole lets us know that she wanted Janelle and Kaysar on the block because she can’t trust Nicole farther than she can throw her.

Cody tries to do damage control on his Kevin nominee so he lets Kevin know that he was just a name he pulled out of the air. Cody tells him he likes him and wants him to stay and and even work with him. Kevin isn’t sure he can trust him, but he doesn’t have much else going on, so he plays along and strikes a “downlowmance” with Cody.

Keesha decides to talk to Cody to find out why she was nominated. Cody has no explanation other than they haven’t been around each other. He lets her know that she’s not even his target and he will leave it up to the house. But Cody lets us know in the DR that she is his actual target. Cody doesn’t want to make any other move this week so he wants her out as someone he doesn’t see himself working with down the line. 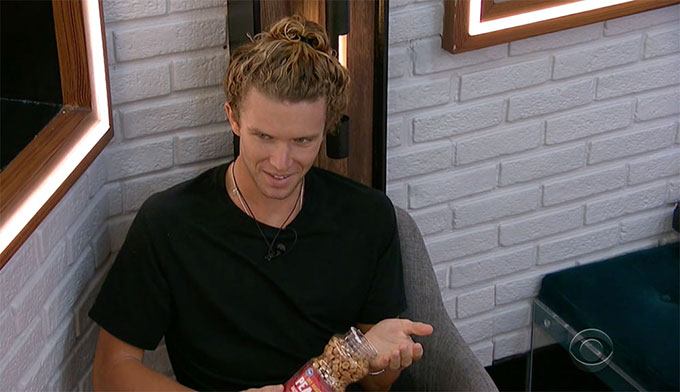 Now would be a good time to check on Tyler’s deals. He reminds us that he didn’t want to do the same thing he did in Big Brother 20 and make deals with everyone, but he says the deals just come to him. No matter what he does, someone new comes up to him and wants to work with him.

Speaking of deals, Nicole F and Ian get together to let each other know they will watch out for each other as past winners. Ian tells Nicole that the only way one of them can win is if they’re sitting next to each other at the end. She agrees that the others would be forced to give one of them the win a second time. The pinky swear on it and Ian dubs them the Million Club. Nicole let’s us know via DR that Ian is just her backup plan in case her Final 2 with Cody falls apart.

It’s time to pick players for the veto competition. Joining Cody, Keesha and Kevin in the competition are Tyler, Enzo (via Kevin’s HG choice), and Ian. 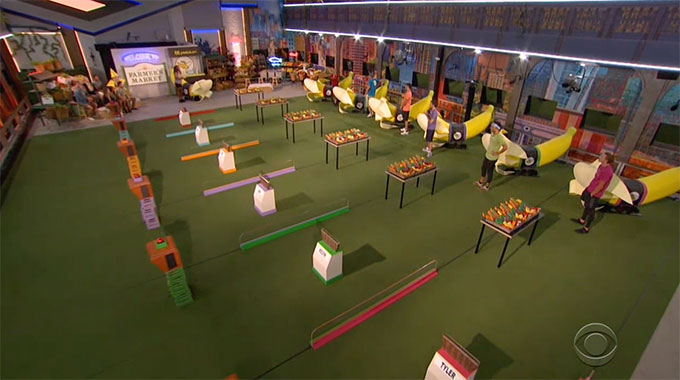 And with no other filler at the moment, it’s time to get right into the veto competition. This week the All-Stars have to do a timed puzzle. They have to rock on a giant banana to build up their clock. Then they have to race to put their puzzles together until their time runs out. They have to this in rounds for as long as it takes.

Cody lets his timer run out and is eliminated. Ian then does the same thing. They’re both out. Enzo locks in his score of 18. Kevin ends up with 19 but doesn’t lock in his time fast enough so he’s eliminated. Keesha has a good stack going with 17, but it drops right near the end, so she can’t pull it off. Tyler has about three stacked, so he can’t do it either. That means Enzo wins the Power of Veto!

Kevin thinks there’s a chance since he picked Enzo to play in the veto he could maybe use the veto on him. Enzo says he will talk to Cody and see if he’s good with using the veto. Kevin decides to check with Cody himself first. Kevin tells Cody that if he lets Enzo take him off the block he would promise Cody his Plus One in the Safety Suite competition and wouldn’t nominate him if he wins HOH. Cody thinks that’s a pretty sweet offer, but says she can’t imagine finding a reason to put anyone else up on the block this week.

After Enzo catches Nicole F talking and Ian talking, he heads to Cody to discuss Ian. They both agree that Ian is a threat and he needs to go sooner or later. Cody throws out the possibility of Enzo using the veto on Kevin and putting Ian on the block. 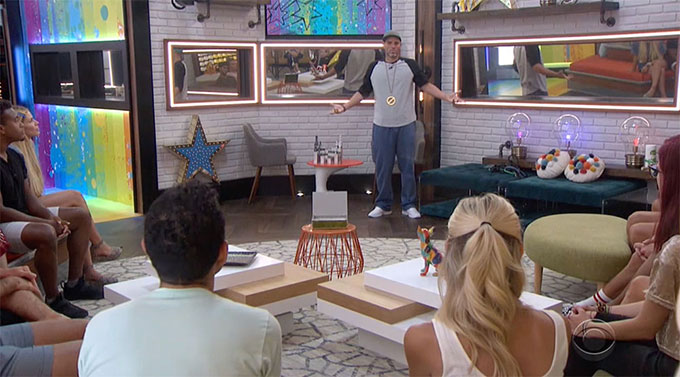 Let’s get to the veto ceremony and find out what Cody and Enzo decided to do. Enzo lets everyone know that he has decided not to use the Power of Veto. So Keesha and Kevin remain on the block and one of will become the first All-Star evicted from Big Brother 22.