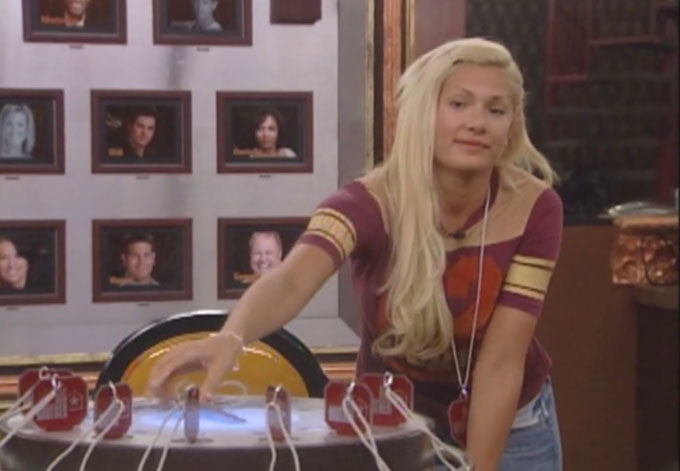 As we patiently wait on Big Brother 25 to get here and sort through all the rumors, we thought it would be a good time to once again look at the things we miss about the game that have come and gone through the years. Many of the rumors so far have been about returning players, well more than seeing our favorite players back, we’d love to see the following things return to our favorite competition show.

10 Things About Big Brother We Miss And Want Back

1. The Key Wheel. Anytime we sample social media with the question “What do you miss from classic Big Brother,” we are flooded with “key wheel!” responses. We really do miss this small part of the game (There’s even been a few petitions on change.org). There was just something exciting about the HOH lugging that big wheel out and putting it down on the table letting the HGs find out one by one if they are safe or not. Now we have the “nomination block” that I think came about because of the horrendous Battle of the Block twist? I can’t even remember if that is why or not because I blocked that twist out.

2. Authentic casting. We truly miss the days when we felt like we had a shot at getting on Big Brother or knowing someone who could get on Big Brother. You know, the person next door type. Now we get flooded with social media influencers and models and TikTok “stars.” While I’ve grown to accept and understand the need for recruits, I will never be OK with the social media recruit. What happened to the good old days when a casting director just walked up to someone at a club and handed them a business card?

3. Food and luxury competitions. Big Brother likes to come up with twists that often include competitions so they have something to show during Sunday episodes. These twists often impact the game in a way that hinders gameplay and the fans hate it about 90 percent of the time. So how about instead of some unfair and usually dumb twist, they just bring back food competitions? Or make them compete for beds or something. Or at the very least a Have-Not competition. I know that concept might be outdated, but Big Brother has become too easy for these people. They get what they want when they want it and that’s lame.

4. Casting twists. As I just mentioned, modern Big Brother loves game twists whereas the fans mostly do not. But we do like casting twists. We would love to see another exes or enemies season. Or even secret duos. I was happy to see the twin twist return in Big Brother 17 even if they did cast two identical twins that weren’t actually totally identical. 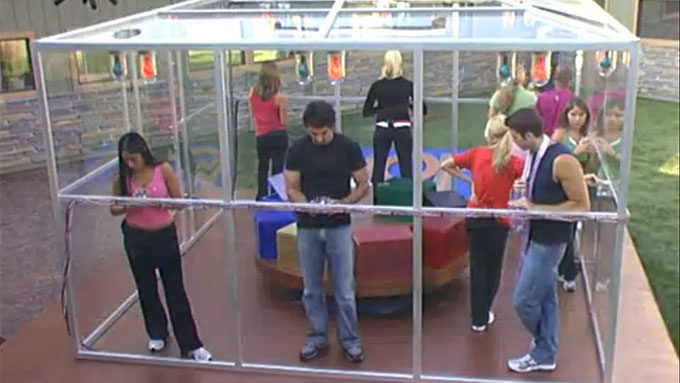 5. Pressure Cooker. This is up there with the key wheel when it comes to what fans want to see again. We know that it’s a nightmare for production if a comp lasts as long as the pressure cooker did in BB6. But surely there’s someway around it. Even if it’s the first HOH. They have two weeks to film and edit that before we see it. Just do it, BB! We want it!

6. Real Endurance comps. And speaking of endurance, we really miss those as a whole. Endurance competitions now last about two hours, sometimes WAY less. We miss the days of players digging in and fighting for it. I don’t know if it’s just a matter of who they’re casting these days or if they’re told not to drag it out too long.

7. True Have-Nots. After so many seasons where players cheat on slop and nothing is ever really enforced, we don’t even see the point of continuing this part of the game. But if they insist on keeping it, then enforce it! And bring back the America’s vote where we get to pick what other weird or gross food they can eat along with the slop. That whole part of the game is to see how people cope with only slop, cold water and uncomfortable sleeping arrangements. Either get rid of it, or enforce the rules.

8. Julie interviewing the outgoing HOH. Remember when the HOH used to be sent to the HOH room and told by Julie to speak freely because no one can hear them? Why did that stop? I liked that. It helped us get a feel of what people are thinking without the Diary Room scripting or influencing. It’s not a huge deal that it’s gone, but I miss it.

9. The Unexpected. We miss “expecting the unexpected.” Everything is so predictable now. I remember when the show could still shock us and surprise us, but now it’s just the same formula every season. The same comps, the same casting archetypes. We want you to surprise us again, BB!

10. Basic Big Brother. I’ve touched on this a bit already, but we are just over the game twists. Remember how great BB10 was and it was back to basics. We want natural Big Brother. We are sick of the Battle of the Blocks, the Camp Comebacks, the Back Stage Passes. We just want Big Brother.