Nomination results are in for the first week of Celebrity Big Brother 3 as Miesha Tate, the new (and first) Head of Household, has revealed her decision. Two HGs are being sent to the Block to first fight for safety in the Veto comp and then next possibly face eviction if they remain in place.

Not a lot of choices compared to the first week of a regular summer season. With just eleven HGs there are really only nine choices if Miesha sticks to her promise to Todrick last night. So who has she sent to the Block? Read on for the results, but starting next round we’ll be pulling these straight from the Live Feeds for quicker spoilers. 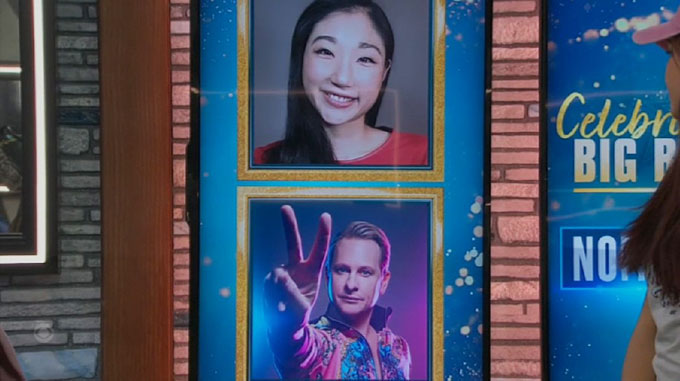 But wait, there’s more. We still have to sort out everything that’s happened since the nominations ceremony while the Feeds were down for a week. There’s also the whole Mon Won twist that has Cynthia currently marked as Safe, but Julie said there was a negative side effect for another HG. We shall see.

The first eviction of Celebrity Big Brother 3 is coming up on Friday (2/4) night (8/7c) so let’s see who is the latest target as we enjoy the Live Feeds and see what’s really going on in this game.