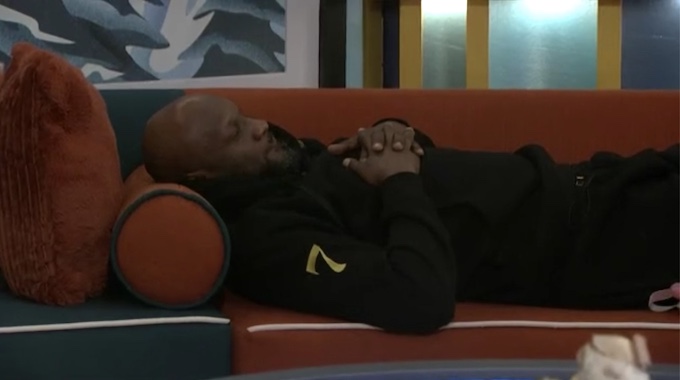 8:20 AM BBT – Miesha and Todrick have pulled up a couple of chairs to talk about all their reasons for doing what they did to the live feeders.

9:28 AM BBT – The rest of the houseguests are finally getting out of bed. Lamar and Cynthia have a brief conversation in the storage room about the Veto and Lamar says something about not using the Veto if he wins it so that Cynthia isn’t put on the block. She tells him to save himself and not to worry about her.

9:50 AM BBT – Carson and Cynthia are hoping to stand next to each other in the Veto Competition so they can communiate back and forth.

9:52 AM BBT – Cynthia camtalks a bit about how important it is for her to win today and take Carson off the block because it’s two against four in the house.

10:05 AM BBT – Carson is peptalking Lamar. He tells him to hang in there and he can win this just like anyone else in the house.

1:03 PM BBT – Todd tells Lamar that because “what’s her name” won the veto, the noms will stay the same and Carson will be voted out. This confirms that Miesha won the POV for Round 5.

1:08 PM BBT – Miesha tells Todrick that she thinks that Todd should go next because he is mostly likely to win something between him, Lamar, and Cynthia. She says that they did say that at F4 all bets were off and Todrick reminds her that this would be F5, not F4.

1:12 PM BBT – Todrick tells Miesha that he doesn’t trust that Lamar and Todd wouldn’t vote him out if he was on the block. They talk more about the possibility of taking Todd out next and he asks if they would put Todd and Lamar up together? Miesha says hi.

2:50 PM BBT – Not much going on in the house right now. The HGs are chatting about their pets.

With Miesha winning the Power of Veto Competition, the plan to get Carson out will move forward this round of Celebrity Big Brother. Lamar has been campaigning to go home for a couple of days now and seems to be struggling mentally. With that being said, after his conversation with Todd, he seems to be okay with sticking around until next week’s finale. We will keep you updated if any of that should change.