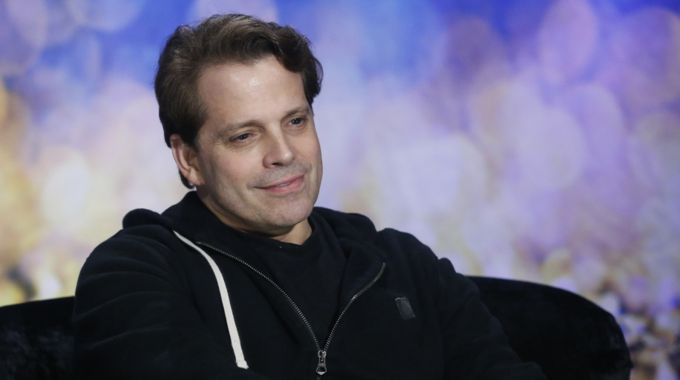 Well, that didn’t take long. Continuing a sad trend from last season it appears a Houseguest has quit Celebrity Big Brother before the Feeds could even start.

After less than an hour of Feeds we started to hear comments suggesting Anthony Scaramucci had left the house and wouldn’t be returning.

Flashback on your Live Feeds (get the Free Trial) to 9:43 PM BBT (all cams) as the discussion begins.

“Why hasn’t Anthony’s face gone gray,” asks Jonathan. “Has that been out there yet,” questions Natalie. Tom suggests he might be coming back but Tamar cuts in “no he ain’t. He tried!”

Kato continues to whisper about the situation with Jonathan but it’s hard to pick up much of their talk.

Flashback to 9:30 PM BBT (all cams) for an earlier comment:

“Brother Mooch, you tried. I want you to know that, Brother Mooch,” says Tamar before Tom soon injects, “are we allowed to talk about that?”

Considering all the hype CBS put on Mooch I’m shocked that they let him slip away. Maybe they didn’t. Maybe Anthony really has just been in the DR so long that HGs don’t know where he is, but I believe we’ve heard HGs called to both of the DRs which would mean one isn’t occupied by the missing HG.

This is really disappointing. Last year we had to deal with HGs who didn’t want to be there and it seems it’s happened again. In the preseason we heard from EP Allison Grodner that HGs knew they had to commit because of how fans reacted to quitters last season. So much for that expectation.

What do you think of the news that Anthony Scaramucci quit Big Brother? We don’t know the “why” yet and maybe it’s a good reason or maybe it turned out he couldn’t last longer in the Big Brother house than he could in the White House. Share your thoughts below.

Update: Anthony was recorded in Davos overnight discussing his time on Big Brother. He says to watch on Friday for an explanation of why he left. “You have to tune in on Friday to understand what happened,” explains Anthony to the crowd. Meanwhile, comments from the HGs since last night make it sound like Mooch himself was a twist in the game or maybe they’re just confused as to why he’s gone. We might not know for a few more days. Watch that video on Periscope for more from The Mooch.