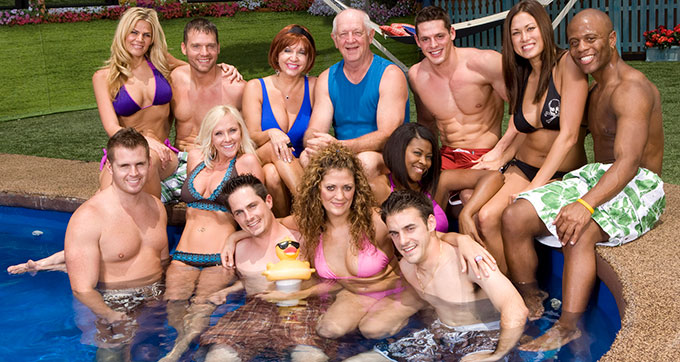 In honor of Big Brother 10 and Big Brother 14 heading to Netflix on December 2, we decided to flashback to 2008 and take a look at the top moments from one of the most popular seasons of the Big Brother USA franchise.

BB10 is know for its fights. They were seemingly constant. We could probably just do a Top 10 BB10 fights. So needless to say, you’ll see several fights on this list. So let’s get to it.

And this goes without saying, but if you haven’t watched BB10 yet, there are spoilers ahead obviously.

10. Dan’s Luxury Competition Win. When Dan wins a luxury competition, he gets to pick a fellow houseguest or jury member to take to a private dinner on the beach. He picks jury member Michelle to repair their relationship and hopefully pick up her jury vote. Dan totally schmoozes her. He not only secures her jury vote, but gets her to agree to help sway the other jurors.

9. Brian’s Eviction. Brian Hart went down in BB history as one of the most aggressive players right out of the gate. He played too hard way too fast and went from running the house to being the target. Jerry was the first HOH of the season (voted on by the others) but it was the girls who got to Jerry and convinced him to put Brian up as a replacement nominee. Brian was the first out of the house.

8. Jerry Falls In The Pool. This is such a non-moment, but it’s so funny that it has to be mentioned here. Dan, Memphis and Jerry are all in the back yard, and there appears to be skywriting above them. Jerry looks up and is trying to read it and walks backward right into the pool. Poor Jerry.

7. Jessie vs. Rennie. As I’ve already mentioned, there were so many fights this season. But one of the most known rivalries of the season was the Jessie and Rennie one. That one was just so hilarious because of the big generation gap. They were always at each others’ throats and one of their arguments even spilled over into a live episode.

6. Jerry vs. Libra vs. Rennie. Another great fight was the one between Jerry, Rennie and Libra after a food competition. Libra was upset that she was on a team with Jerry and Rennie, the two oldest people in the cast, so when they lost the competition and Libra was about to be on slop once again, she made it known. There was a lot of screaming, but Rennie’s outburst was one for the ages.

5. Dan and Memphis Form The Renegades. This happens following the events of the 4th spot on this list, but it makes this list because it’s one of the most successful duos in the show’s history. The secret pair formed and road it all the way to the end, making some incredible game moves as you’ll see further up here on the list. 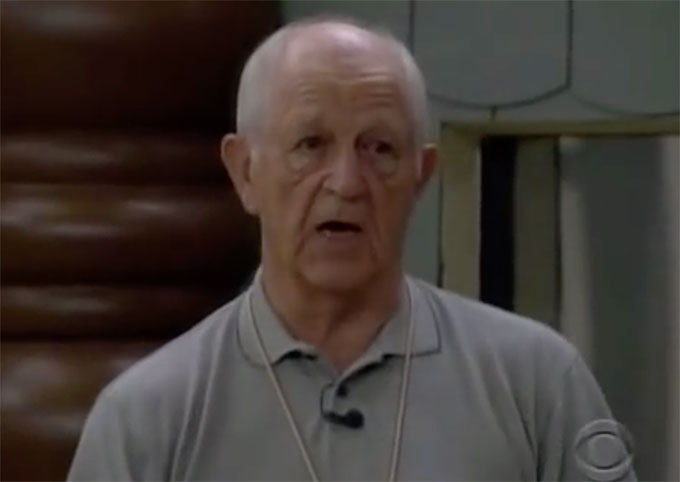 4. “You would always be Judas in my house.” That quote has taken on a few different variations over the years like “You’ll always be Judas to me” and “You’ll always be Judas in my house,” but based on a close listen to the audio, it’s “You would always be Judas in my house.” Regardless of the actual quote, it came about after one of the most entertaining and dramatic two weeks of the season. So Dan was chosen to be America’s Player for the week, and had promised Jessie that he would not vote him out that week. And Dan’s religion seemed to be enough for everyone to believe what Dan said. But Dan’s vote that week was coming from America, so he really couldn’t make that promise. And when he talked to the Live Feeders and basically told them to vote Jessie out, it was a done deal. When the vote was read 4-3 in Memphis’ favor, Jerry, Michelle and Jessie’s other minions were not happy. Fast forward to the next week. Michelle is HOH and has nominated Keesha and Libra since they also voted Jessie out. Jerry wins the veto and really wants the target to be Dan, but Jerry follows Michelle’s wishes, and doesn’t use the veto. But he does let it be known that he would have gone after Dan, and accuses him of “hiding behind his cross.” And then he calls him Judas.

3. The Renegades Play Jerry. Dan is still Jerry’s nemesis and when he wins this HOH, his target is clearly Dan. But Dan and Memphis know in order to survive the week, they both can’t end up on the block. So they hatch a plan and convince Jerry that Dan and Memphis aren’t together. Memphis strikes up a Final 2 deal with Jerry, and Jerry spares him. Jerry nominates Dan and Keesha. Memphis then wins veto and shocks Jerry by saving Dan. Jerry is then forced to put Rennie on the block, who is ultimately evicted that week.

2. Replacement Nominee Roulette. This is another one of Dan’s top moments in his BB career. The HOH this week came down to Dan and Ollie in an endurance battle. Dan promises Ollie if he drops he’s safe. Ollie says he will drop if Dan agrees to also spare Michelle and target Memphis. Dan agrees and let’s Memphis know what he has to do. Memphis is not happy about this since they had already formed The Renegades at this point. But Dan tells Memphis to trust him. So Dan nominates Memphis and Jerry. And when Memphis wins veto, Dan knows he wants Michelle to go up. So in order to pretend like he’s keeping that part of the deal with Ollie, Dan tells everyone at the veto meeting that they’re going to play a game of Replacement Nominee Roulette. He asks each person who should be nominated, and Michelle gets the most votes. So Dan is “forced” to break his deal and nominate Michelle. She is then voted out, breaking up Michelle and Ollie. But that was a double eviction night and Ollie was sent out right after Michelle. 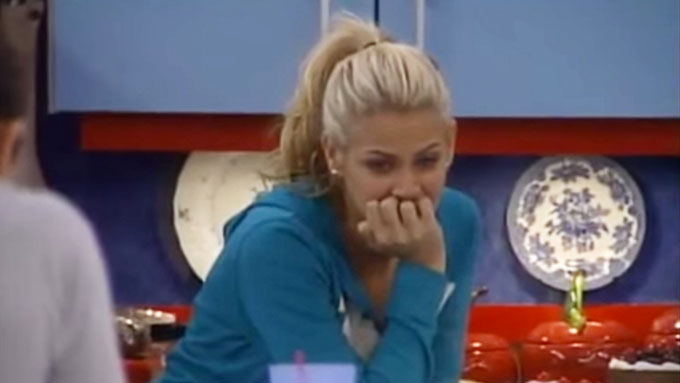 1. Keesha’s Birthday. Sure there were some great moves this season, but the one thing everyone always talks about is Keesha’s Birthday. So of course it had to be No. 1. So Keesha’s Birthday went like this …  Jessie overhead Keesha and Libra talking about April and how they don’t trust her. Jessie tells April who confronts the other women. Libra and Keesha then go after Jessie, and pretty soon the whole house (other than Dan of course) is going at it. But amid all the fighting, everyone calms down long enough to sing a really low-energy version of Happy Birthday. Libra then delivers one of the most iconic lines in the show’s history “Anyone want cake?” And then the fighting commences.