You can soon watch Keesha’s birthday and Dan’s funeral on Netflix!

Netflix today officially announced its new December lineup, and that included two seasons of Big Brother. That’s right, a whole new audience is about to be exposed to what we can call the Dan Gheesling era. That’s because the two seasons scheduled to start on the streaming service on December 2 are Big Brother 10 and Big Brother 14.

BB fans and new BB watchers can see Dan’s historic 7-0 win in season 10 and then settle in to see Dan’s funeral in season 14.  We won’t give much more away in case any new viewers are reading this.

Netflix picking up these two season doesn’t really mean anything other than CBS/Paramount has started selling the rights to some of their shows’ past seasons. Also heading to Netflix next month from CBS is The Amazing Race. Seasons 17 and 31 will drop on Netflix December 4. Big Brother fans might remember TAR season 31 as the Reality Showdown season, featuring past Big Brother contestants Janelle Pierzina, Britney Haynes, Rachel Reilly, Elissa Slater, Nicole Franzel and Victor Arroyo.

Big Brother 10 first ran from July-September in 2008 and was a back-to-basics season. Big Brother 14 aired during the summer of 2012 and featured a coaches twist. Both of these seasons often top many BB fans’ list of favorite seasons.

Below is the graphic Netflix tweeted today confirming that Big Brother 10 and Big Brother 14 will be added to the Netflix lineup on December 2. 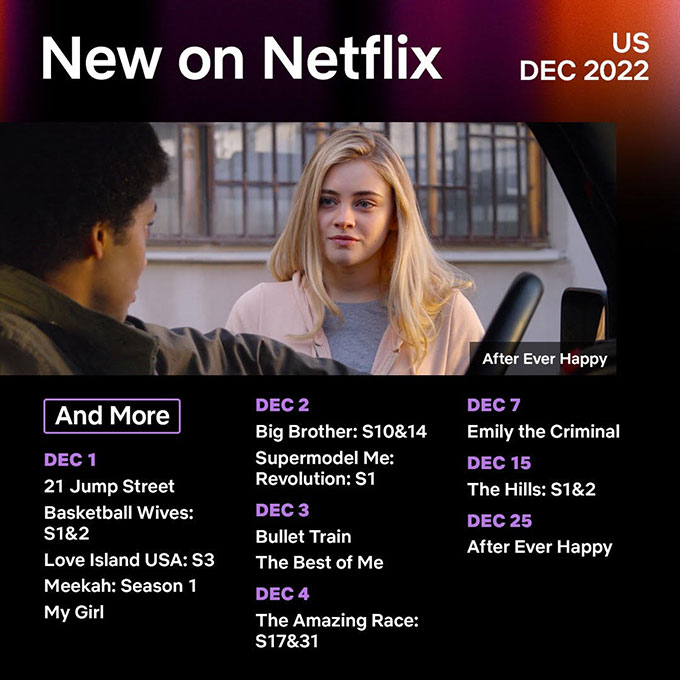