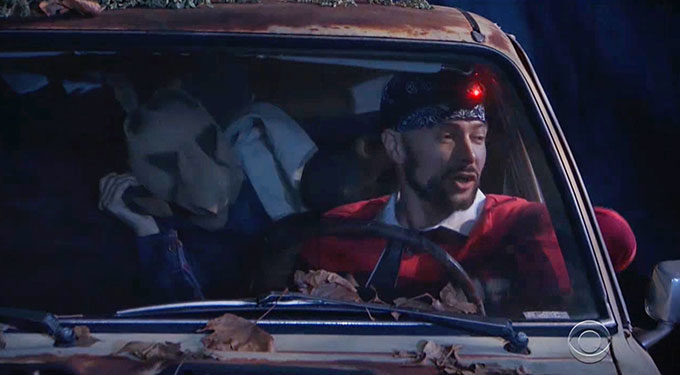 The Celebrity Big Brother houseguests got to compete in what I’m just going to go ahead and call the best competition since Big Brother 6’s Pressure Cooker. The haunted house competition was seen in Big Brother Over The Top and Big Brother 19, but it was nothing compared to Slaughter House, the version we saw tonight.

We also finally got to find out which celebrity won the Power of the Publicist. But first, we’ve got a chronological recap to get to.

Wednesday’s episode picks up right after Ryan’s eviction. Kato and Tom are reeling and Joey is worrying, but not really worrying, because you know, Joey Lawrence doesn’t do that. But he does have a feeling he could be the next to go. Elsewhere, Lolo is really upset and crying that she had to vote against her fellow Olympian Ryan. She feels like a traitor, but Ryan left her no other options in the game. Natalie comforts her and so we move on.

Joey decides to finally start playing and decides to approach Dina, Tamar and Kandi to pitch a group that can try to compete with the group of Kato, Tom, Lolo and Natalie. Tamar lets us know in her Diary Room that’s a terrible team and idea, so sorry Joey, that foursome isn’t going to even take flight. And that’s probably a good thing.

And to make things worse for Joey, Ricky lets Lolo and Natalie know that Joey said they were walking around the house too confident. So now they’re even more ready for Joey follow Ryan out the door. But one of them has to win HOH first. 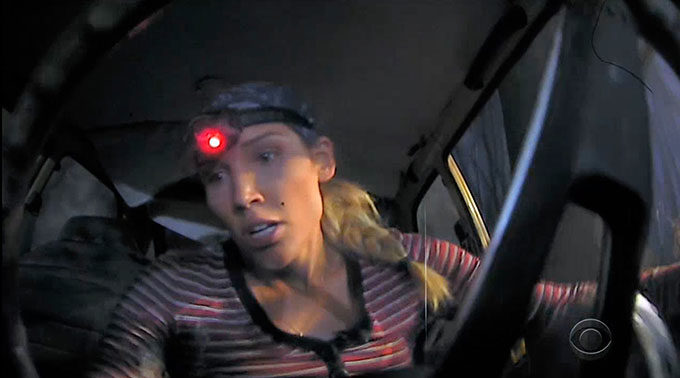 Speaking of, it’s time for the HOH competition. This time it’s a 1970’s horror film-inspired competition, aptly called Slaughter House, that sends the HGs into a pitch black house where they have to find car keys to “escape” the house and hopefully win the competition. And like I already mention, this was an incredible, high-budget competition. It seems to be filmed off sight and really looked like a movie set. Good job, CBB producers!

Natalie is the first to enter The Slaughter House … she does an OK job despite some really annoying screams. Kandi is next and since she loves scary movies and haunted houses, she isn’t bothered at all. Tamar is up next and then refuses to do it after a couple of hilarious screams. Tom is after Tamar and just sails right through it. Dina and Lolo are followed by Ricky. And last to go is Joey. He lets us know that he’s never done haunted houses but has been in one on a movie set. Let’s take a look at the times!

That means Tom has won Head of Household!

Tom decides to approach Ricky to join the group of himself, Kato, Lolo and Natalie and flat out asks Ricky if he wants an alliance. Ricky reluctantly says yeah but doesn’t want to name it. And Tom doesn’t like that so. And since Tom had already had issues with Ricky, he trusts him even less now.

A little later, Ricky asks Tom who the target is, and everyone thinks it should be Joey. But Tom is starting to think Ricky might actually be the biggest threat. And Tom is also sketched out by him. So he goes to Kato with his Ricky feelings. Kato thinks Tom just needs to stay in his lane for the week and not veer off course. But Tom’s HOH is about to get a whole lot more complicated. 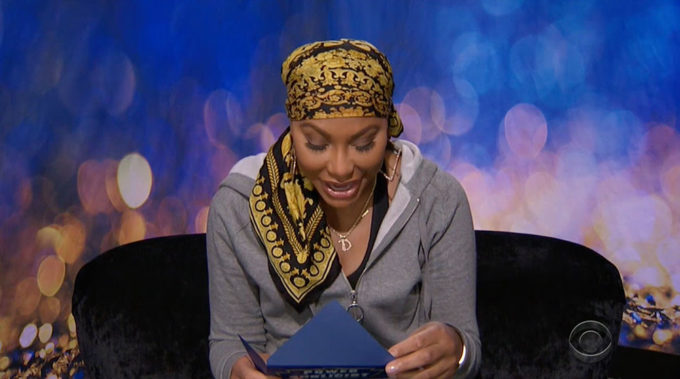 The HGs’ day is interrupted by the Entertainment Tonight theme song and some new Breaking News. So we finally get to find out who won the Power of the Publicist. And it’s Tamar! She find out that can use that power to pull herself off the block at the nomination ceremony or veto ceremony. It’s food for this round and the next round.

So Tamar has the power and the paranoia in the house starts. Tom isn’t sure who to nominate now because he has no idea who has the power or how it will affect his plans. And expect a whole lot more paranoia during the next episode because that power floating around the house really got to Tom and he has been a mess on the Live Feeds the past couple of days.

At the nomination ceremony Tom decides to go with Joey and Kandi. He tells them that he thinks one of them might have the power, so he wanted to see if he was right. 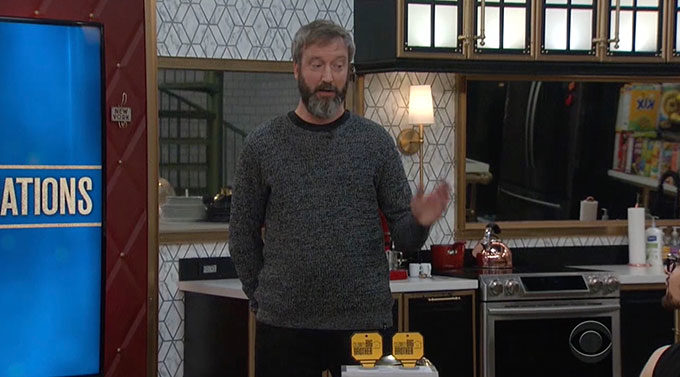