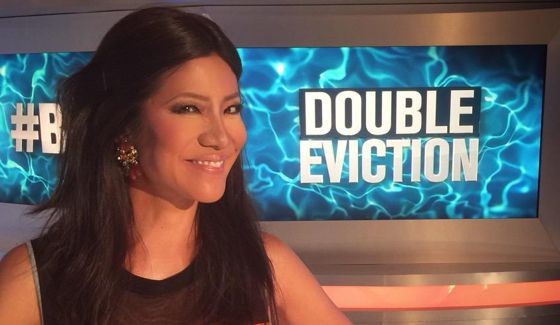 Buckle up! It was the TWO-HOUR Double Eviction event of the Big Brother 24 season as the Final 7 Houseguests faced off for the chance to survive the night, reach the Final 5 round, and move one step closer to the season finale on September 25th! Get ready to discover who was voted out last night on Big Brother.

Alyssa and Terrance are sitting on the Block awaiting their fate and Alyssa has been repeatedly assured safety while Terrance has withdrawn from the house and plans his revenge against Michael in the Jury house by means of poisoning the well against him. Who knows if that’ll work out like he hopes, but he’s looking like a lock for tonight’s first vote. After that, this could go in a lot of different directions as Michael is definitely a high priority for many HGs but also a close ally too. Which way will it go? It’s time to find out.

Don’t miss this week’s eviction episode! You can stream it live on CBS’s Paramount+ Premium plan in most markets across the US so you don’t have to miss any of the fun even if you’re out tonight. Grab the Free Trial and check out the show then watch the Feeds that follow.

Only four votes this round and that means we could see a tiebreaker that would definitely end with Michale eliminating Terrance with no love loss there. Let’s see if it’s a sweep though and avoids that situation completely.

Before we can get to any action tonight we’re getting a TON of filler. So. Much. Filler.

Eventually we do get to the Jury House and Kyle’s arrival initially brings Joseph joy but then Kyle shares why he was evicted and things get heated, deservedly so. The Jurors are upset with Kyle for what he’s done and there’s also anger over Michael and Brittany sitting on that info. We’ll have to see how that could impact Jury votes down the road.

By a vote of 4-0, Terrance has been evicted from the Big Brother house.

No time for love, Dr. Jones! Let’s keep this show running. The evictee gets a sit down with Julie out front but after that we’re back to needing a new Head of Household. Michael can’t compete and everyone thinks they’re working with him, but seriously at some point they have to take this shot. So who will have that chance?

Six Houseguests at this point and five options for nominations with three votes to follow. Yikes, the margins are getting slim. Make your move and then it’ll be all about the Veto.

Back inside Turner pulls Alyssa aside and tells her he needs her to go up against Brittany to make sure Brittany goes home. He promises Alyssa she should be safe.

Everyone gets to compete in this week’s Veto Comp with just six HGs left in the game. Off to the backyard we go to see who can grab the Veto medallion for this critical decision.

HGs have to untangle a cord and get across the yard first to win the Medallion.

Okay, so does Monte take the shot combined with Turner’s ability to target Michael? Yep. Monte just told Alyssa he’s going to save her and Michael is the target. Turner comes in and Monte says they have to take the shot. Turner even offers up the idea of Brittany over Michael, but no, Monte wants Michael gone now. So that’s it for Michael’s game, folks.

The target here is clearly Michael. Turner said he had to “open up first place.”

Three votes and no chance for a tiebreaker. Let’s see who is voted out tonight in the second eviction round.

By a vote of 3-0, Michael has been evicted from the Big Brother house.

We’re down to our F5 of the Big Brother 24 season. Now it’s time to crown a new Head of Household! But not just yet. Watch for those HOH results later tonight and we’ll keep you updated.

Want more? Download our free Big Brother App, join us on Facebook & Twitter to get all the spoilers! We’ll keep you updated with the latest news and our in-depth reviews of the season.