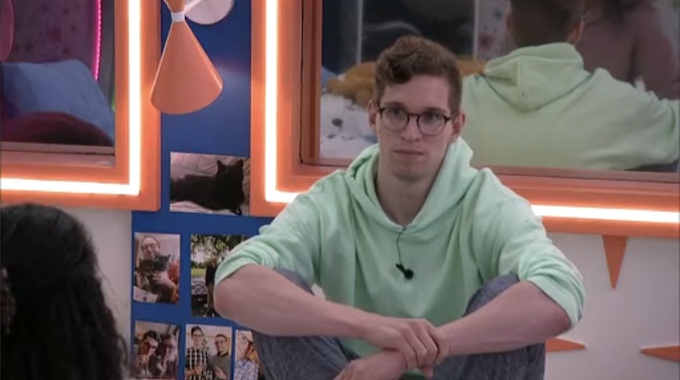 Update: Veto winner spoilers are in! Find out who won the PoV in Week 8.

Week 8 of Big Brother 24 has proven to be a wild one already with a Head of Household who found themselves in the middle of two alliances forced to draw a line. Now that the Nomination Ceremony has happened, it is time to find out what the plan is for this week’s Power of Veto Competition on Big Brother. Read on to find out who plans to do what if they win the Power of Veto for Week 8 of BB24!

In case you missed it, Turner is the Head of Household this week. With this win, he found himself in a position where he needed to choose between his After Party alliance which was formed just a few days ago, and the Leftovers, who he has been working with for weeks now.

Thursday night right after his HOH win, it sounded like he was planning on sticking with the Leftovers. However, that quickly changed when Kyle and Monte started comparing notes about all the things that Brittany and Michael have done. Monte was quickly added to the After Party as their fifth member with Turner, Kyle, Alyssa, and Terrance being the original four. Taylor’s name was thrown around in these conversations, but Monte seemed to have been trying to get the target off of her and back on Brittany and Michael.

Turner ended up blindsiding Brittany and Taylor by nominating them for eviction this week, however, his real plan is to backdoor Michael. If Brittany or Taylor wins this week’s Power of Veto Competition, Michael will go up in their place at the Veto Ceremony. However, if Michael gets picked to play and wins, he will take Brittany down and Turner will have to pawn off one of his allies. With all but two houseguests playing in this week’s Veto Competition, there is a pretty good chance that Michael will get picked to play. In the scenario where Michael wins the Veto, Turner is likely to go with Monte as a renom.

Monte has told Taylor that if he wins the Veto this week that he will use it on her. He even told her that if she got HG Choice at the player pick, she could pick him to play for her. The question is, will he throw the competition to not be put into the position to have to use it? Something tells me that Kyle and Turner might have a problem with Monte wanting to save Taylor over Brittany this week. I guess we will have to see.

If anyone else wins the Veto, Brittany will be taken down and Michael will be put up against Taylor at this week’s Veto Ceremony with no chance of Michael staying in the house since Brittany would be the only one to vote to keep him this week.

Update: Power of Veto Players for Week 8 Are:

There you have it, Michael has to win this week’s Veto to keep himself safe from the block. There has been some chatter between him and Taylor about possibly using it on Taylor instead of Brittany. We will have to wait and see what happens!