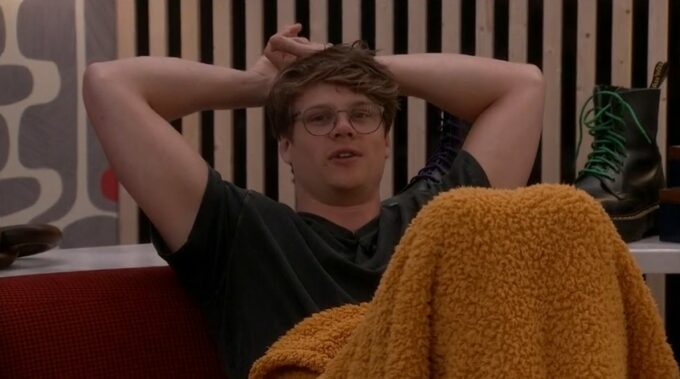 Big Brother 24 houseguest Kyle Capener was evicted from the house this week after the house learned of conversations Kyle had been having about the possibility of a minority-based alliance forming in the house, which he compared the last season’s Cookout alliance.

Kyle faced the house during a house meeting as we saw in Thursday night’s episode, and then faced Julie and the audience with a round of questions. Now Kyle is facing the media before heading off to the jury house. In his exit interviews with several outlets, Kyle says he owns what he said and plans to learn and grow from it.

“So mid-game, I definitely made some generalized thoughts and comments that had no foundation at all, and I deeply regret,” Kyle told Entertainment Weekly. “They never should have brought up in Big Brother 24. And I hate that I’m the person that has to have that self-reflection time. I talked with everyone in the house, and they’ve all been so open and so willing to help me through this process and help me see it from their perspective and share experiences that have been eye opening to me. And I now own it moving forward after the game. It’s up to me to continue that process, continue finding resources, and having those conversations moving forward.”

So how does he plan to proceed after all of this?

“First off, I’m going to the Jury House and can continue to have these conversations, even with the people there,” he told EW. “And even as more people come in. So that’s the first step. And then leaving the Jury House and leaving the game, the responsibility is then on me to continue having conversations, learning from other people’s experiences, and finding resources moving forward.”